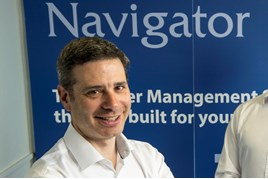 Yorkshire-based Richardson Ford claims that it has slashed its systems expenditure by replacing its outdated dealer management system with DMS Navigator has cut costs by 60%.

Having dropped its traditional DMS server of the past 30 years, Richardson has installed DMS Navigator on both its Driffield and Bridlington sites.

The move was prompted by budgetary and functionality reasons, and the dealership claims it has cut expenses by 60%.

Richardson Ford’s managing director Toby Richardson said:  “While the cost of our monthly DMS licence has been cut by over 60%, our management team also knew it was time to move from a dated and often clunky DMS to something that made life easier and focussed our efforts on reporting, sales and customer service.

“We spent 18 months looking at the entire DMS market.  We are championing Navigator within the Ford network simply because it works in real time, is so easy to use and the reporting is extremely fast and flexible.  I have to say, it was a real no brainer to choose Navigator.”

Navigator is close to having its newly-developed interfaces certified by Ford’s IT team in Germany and is now focussing on signing up further dealers.

DMS Navigator’s managing director Simon Verona (pictured) said: “We’re working with Ford to be accredited by 2019.  Richardson Ford is a pioneer in the network and a great example of a multi-site dealership using IT to keep ahead of the market.”