ASE blamed dealers’ increasingly conservative approach to a bonus-based profit structure for the downturn when it published its monthly update on dealer profitability today.

A statement issued by ASE said: “Historically May was one of the few mid-quarter months where dealers made profits, however as we have increasingly moved to a bonus-based profit structure and dealers have become more conservative over accruing bonuses, this has changed.”

ASE chairman Mike Jones said that his analysis of the market had raised “slight concern” over the current levels of used car stock being held by dealers.

Jones said: “Whilst return on investment remains healthy and growing as a result of strong volumes and margins, used vehicle stock days are creeping up.

“This appears to be a result of taking time to dispose of tactical registrations. Dealers need to do all they can to manage stock days downwards, reducing their risk in the event of any downturn in prices.”

ASE said that it would be able to offer an overall picture of the health of the market once June results are posted but added that it was unlikely dealers’ will match the result from the prior year.

Jones said: “Whilst registration levels were only marginally behind the prior year, with 40% of the months’ registrations taking place in the last couple of days of June, a significant increase on the prior year, presumably bonus earnings (and profit) will be down.

“Early signs are of a slight loosening of the purse strings in July as we start Q3, albeit with less fast start activity than we saw in the prior year.” 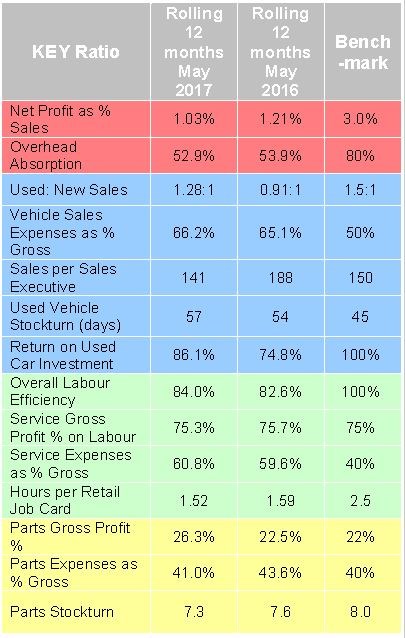