The Government’s lack of clarity on Brexit and clean air policies has been blamed for the fourth consecutive month fall in new car registrations in July - down 9.3%.

The only two vehicle segments to grow were dual purpose and specialist sports cars , by 7.3% and 10.3% respectively.

According to figures published today by the Society of Motor Manufacturers and Traders (SMMT), 161,997 new cars were registered in the month as the market continues to fall amidst growing uncertainty over Brexit.

The fall is in-line with SMMT forecasts.

Mike Hawes (pictured), SMMT chief executive, said, “The fall in consumer and business confidence is having a knock on effect on demand in the new car market and government must act quickly to provide concrete plans regarding Brexit.

“While it's encouraging to see record achievements for alternatively fuelled vehicles, consumers considering other fuel types will have undoubtedly been affected by the uncertainty surrounding the Government's clean air plans.

“It is important to remember there are no plans to charge drivers using the latest Euro 6 models and no proposed bans for conventional petrol and diesel vehicles for some 23 years.

“The lower demand in recent months will inevitably mean competition from manufacturers will intensify and it will be a good opportunity for consumers to get a great deal on their next car, with many exciting new models launched in the coming months.”

AFVs took a new record 5.5% market share1 in July, as 8,871 new units were driven off forecourts.

Nearly 70,000 new AFVs have been registered this year.

Meanwhile registrations for new petrol and diesel cars declined by -3.0% and -20.1% respectively.

“Months of speculation about government policies on diesels has inevitably led to a softening of demand and slowed the market shift to the latest cleaner Euro 6 diesels which are valued by consumers for their fuel efficiency and lower CO2 emissions,” said the SMMT.

The year-to-date overall performance remains at a high level thanks to a strong first quarter – with more than 1.5 million new cars registered on UK roads since January.

"It is vital that modern Euro 6 diesel cars are not compared to older diesel vehicles, information surrounding diesel must be clarified for the consumer”, Sue Robinson, director of the National Franchised Dealers Association, said.

"The growth in alternative fuel vehicles sales is encouraging but consumers need continued guidance and support to ensure a stable and gradual shift which will drive the market in the long term. In particular, the Government should invest in charging infrastructure.

“With approximately 565,000 people employed in the retail automotive sector, it is vital that the stability of the industry is not undermined. We continue to urge the Government to consider the needs of consumers and businesses.

“The UK car market as a whole remains strong with buoyant used car sales and near record new car sales”.

"While some of this cooling can be attributed to the rush to beat the changes to car tax in April, there's a wider issue here.

"While there is an issue in how some of these car finance plans have been sold to consumers, the products themselves are robust and responsible routes to car ownership.

"In turn, this could be driving consumers towards older secondhand vehicles that they can buy outright - which could impact much-needed investment in the sector, and see the government's clean vehicle push turned on its head.

"It could also possibly cause some consumers to use part of their pension pot or release equity from their house or even use traditional bank loans to buy cars.

"While a record market share for AFVs is encouraging, the used car data which is due out later this month will give a fuller picture of whether this damaging narrative around PCPs is going to have a lasting effect." 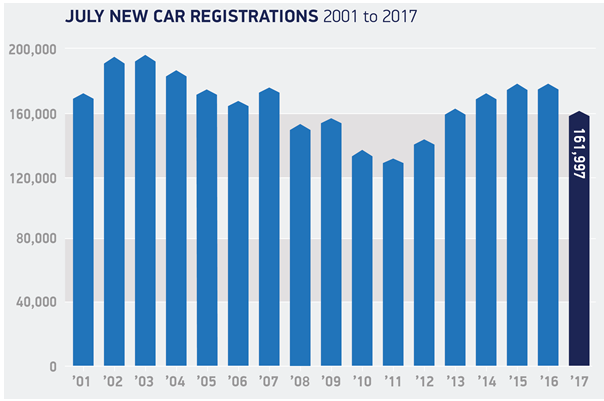 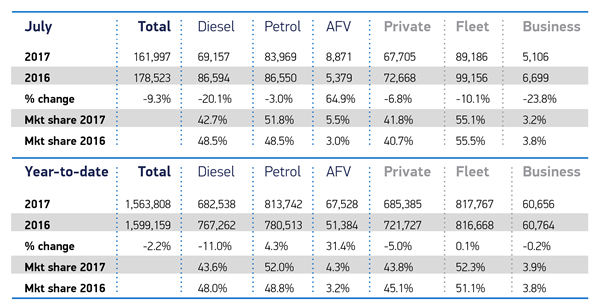