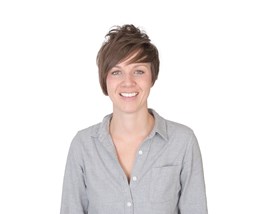 More than half of UK drivers would not consider an incentive of less than £3,000 to scrap current their vehicle for a cleaner model, according to research carried out by Carwow.

One-in-six motorists said that they would be looking for a minimum of a £7,000 scrappage incentive to shift into a lower emitting new vehicle when Carwow carried out an investigation into the likely shift towards lower CO2 and NOx-emitting transport.

The majority of car manufacturers have now launched scrappage incentive schemes after the government seemingly discounted a wide-reaching scheme in its Clean Air Plan.

But motorists seem unlikely to embrace the offers with 21% telling the online car sales platform that they were not in a position to replace their current car and 15% not prepared to lose money on their vehicles.

Karen Hilton, head of sales and operations at Carwow, said: “There has been a lot of confusion for consumers about what action, if any, they should be taking with regards to their cars in reaction to new clean air policies.

“Scrappage schemes like the one Ford has put forward are a positive step forward, offering consumers a solution to one of the main barriers which for most, is the financial impact.”

The survey of UK motorists also revealed that whilst 34% believe there should be a government scrappage scheme, many (32%) believe ordinary drivers are being penalised and one-in-five (21%) are certain that they will be left at a financial disadvantage.

Hilton said: “Allowing consumers to part with older more polluting vehicles, whilst supporting them with the cost of trading up has long been suggested as a sensible, and ultimately unavoidable approach, and whilst some schemes go further than others, this is a very positive move for UK drivers.

“So far we have seen BMW/MINI, Mercedes, Vauxhall and Ford all announce their scrappage schemes but there is undoubtedly more to be done as some of the packages are still very niche, despite some of the suggested government action implying fairly drastic changes long term.

“A joined-up approach is required from all manufacturers, the industry and the government, in order to ensure that the majority are able to reduce their emissions, not just a minority group of drivers.”