Franchised dealers have continued to take a hit to their profits. Data from ASE Global shows in August the average dealership lost almost £17,000, some £2,000 worse than August 2016’s result.

ASE said that as a result of the increased loss, the return on sales percentage dropped below 1% for the first time since August 2012.

As a result of increased turnover, average site profits stand £20,000 above the values earned in 2012, however it is still significant that the 1% barrier has been broken, said chairman Mike Jones.

Used car return on investment increased again in August to just under 90%, reflecting the continued strength of the used car sector. This is particularly the case with older used cars which are currently performing strongly. 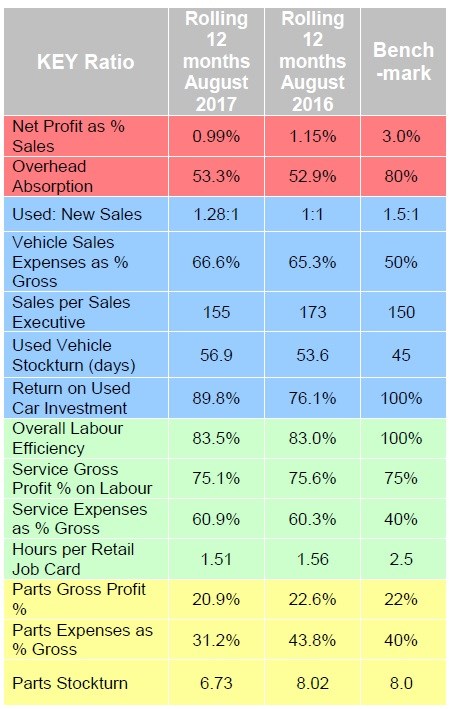 “Retailers need to be wary of the increase in vehicle stock days, which have begun to creep up, putting dealers at risk if there is a downturn in residual values,” added Jones.

“With new vehicle sales (and registration levels) set to be significantly behind the prior year in September, the level of bonus earnings will be pivotal for the overall performance for the year.

"Many franchises reduced retailer target levels for the quarter and used car and aftersales profits remained strong, so overall performance is likely to not be as bad as the headlines would suggest.

"It does, however, appear that we are settling into a period of reduced retailer profitability from the heady heights of 2016 and 2017.”