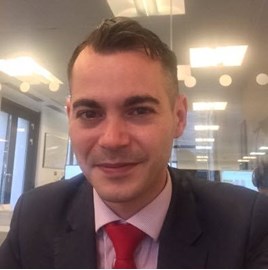 The majority of motorists support tougher measures to reduce pollution from vehicles in areas of poor air quality. And they expect penalties or charges to be linked to how much a vehicle is increasing pollution.

More motorists says they will choose petrol over diesel for their next car.

While 68% of drivers support stronger action, new research suggests, 57% of respondents to the RAC Report on Motoring 2017 say they agree with the introduction of charges in certain areas for diesel vehicles that do not comply with the latest emissions standards (no change from 2016).

But only 42% say they agree with the introduction of charges for all diesel vehicles – regardless of emissions levels – that enter such areas.

The RAC research shows that 58% of respondents say their next car is likely to have a petrol engine – up from 51% 12 months ago – while there has been little change in the proportion of motorists planning to buy vehicles with more environmentally-friendly motors.

The Government’s air quality plan means local authorities have to tackle the causes of air pollution.

Measures include restrictions on vehicles, such as charging zones or measures to prevent certain vehicles using particular roads at particular times.

However, according to the RAC research, only 36% of drivers agree that diesel vehicles are the main source of local air pollution in urban areas, while 24% disagree and 29% are unsure.

In reality, according to government estimates, vehicles on average contribute around 65% of the nitrogen dioxide (60% in London) emitted in the areas of poorest air quality.

And, while the majority of roadside emissions are generated by diesel vehicles, diesel cars contribute only around a third of this (a quarter in London).

A majority of motorists (53%) agree with the assertion that the Government is unfairly targeting diesel car drivers as a key source of air pollution, with only 18% disagreeing.

The findings suggest that any local or national government plans that appear to demonise all diesel cars – rather than focus on tackling older, more polluting vehicles – are likely to meet with public disapproval.

The criticism of diesel probably also explains why only 16% of respondents say they are most likely to buy a vehicle with a diesel engine the next time they make a purchase, a sharp fall on the 28% recorded in 2016.

However, company car drivers are less reticient, according to a poll, which found that more than a third (35%) would select diesel for their next company car.

A similar amount (34%) said they would opt for a petrol hybrid, while 17% said they will choose a petrol-powered car and 8% have their sights set on a pure electric vehicle (EV).

This year, 15% of drivers say their next car is likely to be a conventional hybrid – compared with 14% in 2015 – while there has been no change in plans to buy plug-in hybrids/extended range electric vehicles (5%) or pure electric battery-powered vehicles (2%).

Nick Lyes (pictured), public affairs manager at the RAC, told AM-sister title Fleet News: “What we’ve seen is a shift away from diesels.

"However that shift is not towards hybrids or pure electric, it is going towards petrol. That suggests to us that there isn’t any significant appetite for plug-in hybrids and certainly not pure electric.

“If the Government wants to get people into ultra-low emission vehicles then they need to be doing a little bit more to encourage people to make the switch.”

The RAC asked drivers which factors would be most influential in convincing them to buy a pure electric vehicle: the most commonly cited were lower running costs (30%), lower initial costs (29%), extended battery range (27%) and greater availability of charging points (25%).

While the RAC has welcomed government plans to compel motorway service stations and larger fuel retailers to provide electric vehicle charging points, it says it is regrettable that more provision is not being demanded in the likes of shopping centres and supermarket car parks.

It would also like to see the government continue to push for a common standard for charging technology and roaming agreements so membership of one operator’s charging network provides access to all to make it simpler and more efficient for users.

Lyes said: “There isn’t the appetite and there isn’t the charging infrastructure at present for a massive shift over to pure electric vehicles. What we should be doing is encouraging people to choose plug-in hybrid vehicles, where appropriate, with better incentives.”

While the Government retained the Vehicle Excise Duty (VED) benefits for pure electric vehicles in the 2017 overhaul of rates, it largely removed the benefits for owners of other ultra-low emission vehicles such as plug-in hybrids after the first year of ownership.

“If you want to encourage people into ultra-low emission vehicles there needs to be a little bit more carrot and a little less stick,” said Lyes.

In its Clean Growth Strategy, published last week by the Department for Business, Energy and Industrial Strategy, the Government says it wants to accelerate the uptake of ultra-low emission vehicles (ULEVs), after previously announcing an end to the sale of all new conventional petrol and diesel cars and vans by 2040.

It says it is spending £1 billion to drive the uptake of ULEVs through a combination of grants which reduce the upfront costs of ultra-low emission cars by up to £4,500, together with an improved charging infrastructure.

However, the Government says if battery prices continue to fall there will be less need for subsidies for new vehicles in the future.

In the meantime, it remains to be seen what measures the Chancellor Philip Hammond may announce in the Budget on November 22.