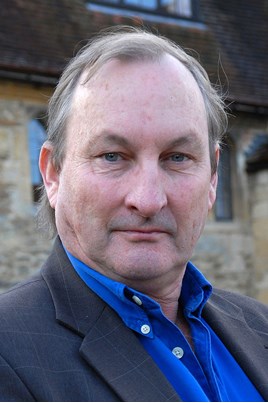 Over the past few economic cycles, it is clear that car manufacturers have reduced the severity of downturns by managing the degree of support. However, with margins under threat, current volume targets seem to be as ambitious and as difficult to achieve as those set in much better times.

In any event, manufacturers’ profits are under threat, so the capacity to continue “variable marketing spend” is reduced. Carmakers are also reluctant, or unable, to reduce production volumes, so the perennial options of ‘rock’ and ‘hard place’ are biting at the same time.

So from where is the additional profit, needed for investment, to come? From the aforementioned cost savings and operational improvements. The burning question must be: Is there enough scope  to do that without changing the business model? It would be totally unrealistic to say that there is.

At the same time, any “new” business model should not be predicated on some completely different future, brought into being by some massive change in how people interact with dealers and view their transport requirements.

I agree with most of what Robert Forrester, the chief executive of Vertu Motors, wrote in a recent opinion piece for AM.

However, I differ on some of the detail. Specifically, for example, he wrote that “contrary to what vested interests in the online retailing community would like us to believe, consumers actually like franchised dealerships”. I would add the word ‘could’ in front of the word ‘actually’, but only if franchised dealers started doing the right things.

The same applies to aftersales, where many of the cost pressures exist. Consumers could trust franchised dealer service departments more and perceive them to be reliable and value for money, if they did a few things differently.

One of those was highlighted in a talent feature in December's AM magazine. GMD People director Nigel Banister said: “Long working hours are common so lack of time for personal development is perhaps inevitable… many managers may be caught in a ‘Catch 22’ situation. Lack of development prevents smarter working.”

The motor retail industry needs people at every level, not just managers, who think differently about what customers value, how work is carried out, how to avoid waste, how to work smarter.

Simply attending to the cost base, although it is a necessary and important part of management’s housekeeping role, is not enough. The waste, elimination of which would represent the sought-after sea-change in profitability, lies elsewhere.

Diminishing absorption is a common theme in 2016. Workshops, due allegedly to increasing costs and headcount, can no longer be relied on to cover the overheads. As a consequence, headcount must be controlled, retail recovery rate maintained and add-on sales maximised.

But what about the way in which the work is carried out? Is every piece of routine work carried out in the best way, with a consistent method? Are diagnostics carried out as effectively as they could be? Is all work ‘right first time’? Are all technicians adding value all the time?

And the other questions? Mainly the answer is, we don’t know. Because we don’t measure that. And if we don’t measure it, we can’t improve it. So if once upon a time we did have “one best way” for everything, that can no longer be the case because variation will have crept in and multiplied. All this variation and waste results in outbreaks of
organisational fires that have to be extinguished. So we hire and promote effective firefighters and suppress the ability for analytical reasoning, root cause analysis and improvement action.

We reinforce a “bring me solutions, not problems” culture where failure is a black mark, not a valuable learning process. Well-thought-out experiments are displaced by knee-jerk reactions and ‘wizard plan’-ism.

Is it any surprise that this environment breeds in the customer a perception of lack of value for money and at least some suspicion of lack of effectiveness and the customer’s best interests not being at the heart of the process? All of this conspires against attaining the holy grail of motor retail – customer loyalty.

Many industries have been through this process of self-examination and have adopted different ways of working. The most successful “different way” is characterised by the phrase “employing lean thinking”. Some car retailers are now exploring this, a small number with great effect.

Those who have learnt about this way of improving their businesses by improving people and by structured problem-solving will understand the huge opportunity available to them.