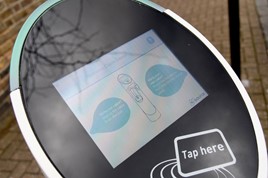 The growing cost of public charge points combined with lack of off-street parking and low residual values could leave EV owners out of pocket, according to What Car?

The consumer car magazine said that the 33% rise in EV popularity in 2017 has “come at a cost” with formerly free charging points now being charged at 30p per kilowatt-hour (kWh), as well as requiring regular registration and admin fees.

Other variants include location, registration fees and if the payment is monthly, hourly or by kWh unit cost.

What Car? examples of the most expensive charging costs from electricity suppliers

The research also revealed that some public charging stations were failing to charge at the advertised rate, with a supposed ‘Rapid’ 43kW charge providing around half of that.

What Car’s editor Steve Huntingford said: “Plug-in electrics are still relatively new to consumers and so they might not be as clued up as they would be with a petrol or diesel equivalent.

“Plug-ins should remain an extremely worthwhile and affordable investment for many, but it’s essential that prospective owners are doing their research and making sure they’ve got the right car for their needs and lifestyle.”