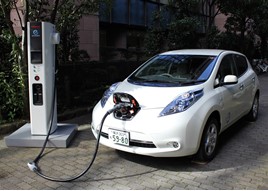 Nottingham residents are the least open to the idea of EVs, despite suggestions that a generally more open-minded approach in prominent university cities suggests “a link between high levels of education and a willingness to adopt”.

A survey carried out by HPI found that Edinburgh residents were the most likely to adopt electric vehicles, with a 94% positive response rate, closely followed by Sheffield (93%), Manchester (92%), Bristol (91%) and London (88%).

But Nottingham residents were coolest towards the idea, with a 23% positive response rate, followed by Norwich (25%), Liverpool (29%), Cardiff (30%) and Newcastle (39%), giving an insight into where retailers might channel their sales resource or marketing of zero emissions stock.

Combining results from the UK and oversea, HPI found that 83% of respondents said they would consider purchasing an electric vehicle.

In terms of gender, men are more open to purchasing electric vehicles, with 87% welcoming the idea, while 78% of women would consider an electric car.

Millennials were the most open to EVs, according to the survey’s results, with 91% of the 25-34 demographic saying that they would consider them.

HPI’s survey said that common misconceptions about the charging of EVs and the longevity of batteries were among the hurdles than car manufacturers and retailers would have to overcome in order to realise greater sales. 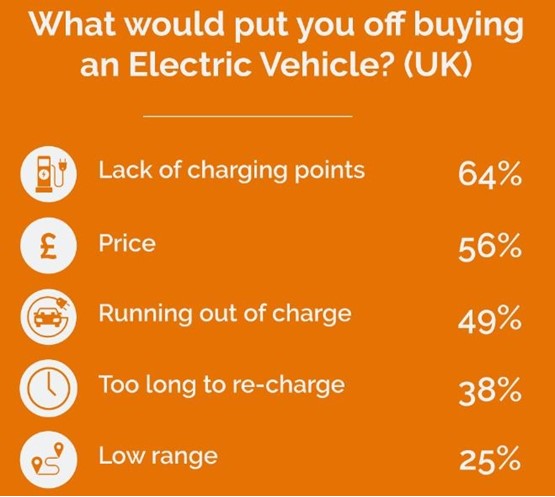 The survey said: “In the UK, the results showed that respondents are most worried about a perceived lack of charging points. However, this is a common misconception, as most electric cars can be charged from any mains outlet.

“Price is also a major concern, which is understandable when considering the cost of a new EV. But it should be noted that the cost of running an electric vehicle is generally very low compared to other forms of motorised transport. So, this is perhaps another misconception.”

HPI found that, when it came to the subject of servicing, 61% of respondents believed that the batteries of an electric vehicle needed to be changed within the first two years, with 34% believing that it was necessary to change the battery within the first year.

Chris Plumb, Black Book Editor of HPI Check, said: “It’s surprising how many people think batteries needs replacing so early in their life when there is no real evidence of this. In fact, batteries seem to be outperforming the industry’s expectations.”

However, Plumb added: “People’s perceptions are changing. Millennials are a little more accepting of EVs and perhaps can see the long-term benefits in green technology.”