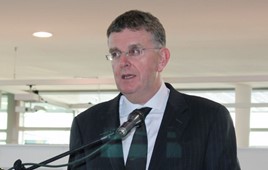 Brexit might have proved the catalyst for growth of car supermarket operations in Ireland as the weak Sterling sparked an importing flurry for Keary Motor Group.

The boom is being fuelled by a combination of Brexit-inspired weak Sterling exchange rates, the beginnings of an over-supply in high quality used stock in the UK suppressing prices, and demand for the comprehensive servicing and maintenance histories of former fleet and business vehicles.

Cork-based Keary Motor Group is one franchised dealer group which has been able to expand on the back of the increased margins now promised by imported used cars from the UK.

Managing director Bill Keary told AM: “Brexit has affected the Irish market in that there are a lot of cars now coming in from the UK.

“I have opened a support business for the imported cars that we bring in.

“In Cork we have recently opened our Car Store used car supermarket and in the last month we have announced that we will be opening our biggest car supermarket to date, in Dublin.

Keary said that, despite a 5.5% decline in new car sales in Ireland during Q1 (to 71,805 units) and a SIMI forecast that 2018 new car sales would dip 8.6% on the previous year, his franchised partners had been performing well.

The group is a main dealer for Renault, Hyundai, Nissan, Dacia, BMW, MINI and Motorrad in Cork City, with branches in Mallow and Midleton, County Cork and is also an approved repairer of Toyota and Lexus vehicles.

But asked about the ongoing growth of the Car Store operation, Keary admitted that he expects the tide of cheap stock from the UK to stop as Brexit negotiations progress.

He said: “Inevitably this is going to change when Brexit happens. Then we’ll have to look to ex-rental stock from our sources here in Ireland.”