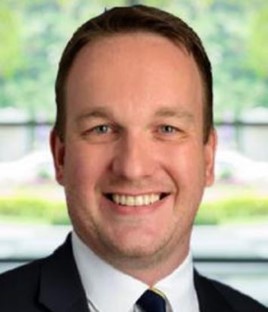 ​The number of car manufacturers is predicted to halve in the space of a decade as mobility solutions and a decline in vehicle ownership start to take hold of the market, according to KPMG.

The consultancy’s director of Mobility 2030, Christoph Domke, told delegate at the Low Carbon Vehicle Partnership (LowCVP) that, while vehicles are likely to cover more miles in the future, fewer people will own cars – flying in the face of the Department for Transport’s prediction that ownership levels have scope for further growth.

He added: “Going forward vehicle ownership will not be as important as it was in the past.

“What we are seeing is vehicle ownership declining quite significantly, while passenger miles will increase quite a lot.”

He said: “At the moment we have 27 large OEMs in the market. We at KPMG predict that within the next ten years that number will halve.”

Earlier this year the results of a survey conducted by KPMG led to its suggestion that up to half of UK car dealerships could close by 2025.

The 907 respondents to KPMG’s Global Automotive Executive Survey 2018, who occupy position of chief executive, president, chairman or C-level executive, mapped out a bleak future for the retail sector, with 75% stating that between 20% to 50% of the brick-and-mortar automotive retail sector could disappear in just seven years.

Many felt that the shift to online would spark a dramatic shift in the make-up of the car retail sector in the coming years, with the evolution of the vehicle ownership model and data security concerns also among consumers key concerns.

Justin Benson, UK Head of Automotive at KPMG, said: “In the UK, our findings are clear on one thing, there are more significant disruptors to the automotive sector than Brexit.

“Electric vehicles, autonomous vehicles and Mobility as a Service (MaaS) are going to drive change in the automotive sector for the foreseeable future.

“New business structures and new economic models are on the horizon, driven by these disruptors and the associated new technology.

“It’s an exciting but uncertain time for the industry. Whilst our report highlights concerns in some of its conclusions, it also helps chart a path to future success.”

The DfT believes that there could still be growth in car ownership in the UK.

AM’s sister magazine, Fleet News, reported that the DfT felt ownership could yet grow further as 44% of households in the lowest income quartile were without access to a car in 2016.

Further growth appears to depend very much on improved affordability, however – something that looks unlikely in the current economic climate.

But Perry said that this may not spell the end for the car as we know it.

He said: “It is perhaps not a surprise that one of the most significant investors in MaaS Global is Toyota Financial Services.

“(Toyota is) looking to replace the revenue it would have received from selling cars to the model of the future, which is one of usage and services.”

But Perry added: “Our view is the car is always going to be a part of the mobility ecosystem.”

The question, it seems, it what role the car retailer will play in that new ecosystem.