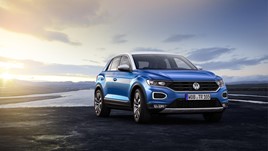 New car sales across Europe delivered their highest monthly total for July since 2009 as 1.31 million vehicles hit the roads of the region last month – a 10% increase of year-on-year.

Industry analysts at Jato Dynamics reported that the overall market was boosted by strong results in Spain and France as well as double-digit growth in midsize markets like the Netherlands, Austria and Poland, propelling it to a total well above July 2009’s 1.29 million vehicles.

The UK’s 1.17% increase during July lagged behind the region’s average, which Jato has attributed to an extra selling day in the month compared to July 2017 (to 163,898) and the impending deadline to register cars under the existing NEDC emissions and fuel economy test regime.

Felipe Munoz, Jato’s global analyst, said: “The results from July are certainly positive and a clear sign that the market is recovering well, despite the current challenges it faces over diesel and CO2 regulations.

“Although these results are encouraging, part of the growth could potentially be explained by more consumers and dealers buying cars before the WLTP test process is extended to cover all new car registrations on September. It will be interesting to see how the market performs in August, and whether this confirms the theory.”

Demand for SUVs continued to grow across Europe throughout July, Jato reported, as their volume increased by 34% to 461,900 units – accounting for 35.3% of total registrations.

Small SUVs showed particular strength, accounting for 37% of total SUV registrations as volumes increased by 50% to 169,800.

But Jato added: “The SUV market continued to be dominated by compact SUVs, which recorded 198,300 registrations, a volume increase of 34%. VW Group led the sub-segment with a 22% market share, followed by Renault-Nissan with 17% and Hyundai-Kia with 13%. VW Group also led in the midsize SUV sub-segment, whose registrations totalled 73,000 units, up by 15%.”

Only large SUVs didn’t grow, it added, with volume stable at 20,900 units.

The Volkswagen Group was once again the top-selling car maker in Europe in July.

The group’s latest crop of SUV launches continued to gain market share, with the T-Roc hitting the top 25 model ranking, and the Karoq and Arona also gaining significant market share.

The T-Roc became the 19th best-selling car in Europe in July and was only outsold by the Renault Captur and the Dacia Duster in the small SUV segment.

Renault-Nissan performed well in July, with registrations up by 14% to 193,100 units.

With the exception of Infiniti, all of its brands recorded increases. PSA was slightly ahead with 6,100 more registrations, its volume up 6% as increases at Peugeot, Citroën and DS Automobiles despite the Opel/Vauxhall brand – up 2.19% year-on-year in the UK – posting a decline of 3% across the region.