Car dealers suffered a loss of £11,000 in November to all-but ensure the sector's average business suffered declining profitability in 2019, ASE has reported.

ASE chairman Mike Jones reported in his monthly report on the sector that the average car retail business would likely record a second consecutive year of declining profitibility following the result, which was £2,500 down on last year’s £8,000 loss during the same month. 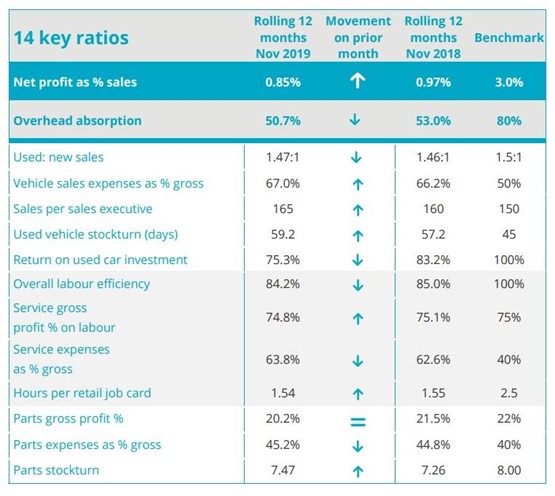 Jones said: “With these November results it is now certain that the full year profitability results will be down on the prior year, marking the second year of decline.

“Whilst the drop in turnover masks some of the decline when we look at the return on sales, retailer profitability certainly reflects the challenges we have seen in vehicle supply and consumer demand.”

Jones said that November was always a challenge for the sector given its mid-quarter positioning and said that ASE’s profitability statistics reflect the fact that November 2018’s figure benefitted from the delayed delivery of some WLTP cars.

Despite this assertion the number of sales per sales executive rose from 160 in the 12 month period to November 2018, to 165 in the same period last year.

Jones said: “During November we saw used car return on investment fall once more to just above 75%.

“This was a result of a drop in sales volumes in the month compared to the prior year. Whilst not yet significant this is an area to watch closely.”