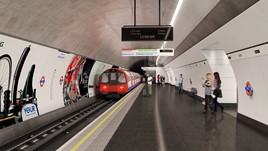 Up to 60% of people could stop using public transport as a result of the Coronavirus pandemic, giving dealers the opportunity to sell more cars.

A new survey by independent UK watchdog Transport Focus found that 60% of respondents would rather drive than use public transport once travel restrictions are relaxed.

This sentiment was highest among older people, while younger people were more likely to say they would cycle or walk.

“Habits, once they get changed, are very hard to move back to the old ways,” said Anthony Smith, Transport Focus chief executive. “In the medium to longer-term, it raises the spectre of more congestion and polluted roads as well as posing serious questions for public transport providers – have traditional travel patterns changed forever and how will they draw people back onto public transport?”

Motorpoint conducted a similar survey, which revealed similar findings. It found that 60% of people said they wouldn’t be returning to the buses, trains or trams in the future.

The results of the poll come as the Government continues to urge people to only use public transport as a last resort wherever possible and instead cycle, walk or drive in an effort to limit the chances of a resurgence of COVID-19 through the use of the buses, trains or trams among others.

Mark Carpenter, chief executive officer of Motorpoint, said: “While the Government urges people to avoid public transport wherever possible in the wake of the COVID-19 pandemic, for many that isn’t a realistic option and the challenge moving forward for transport providers will be finding practical solutions that keeps our buses, trains and trams moving but passengers safe at the same time.

“However, for those people who don’t plan to use public transport, Motorpoint is in a position to help with a wide range of low mileage, nearly new cars available from over 30 different manufacturers with monthly costs that in many cases will be the same cost, if not less, than a monthly travel pass.”

The dealer group said that many of its customers are currently searching for environmentally and economically-friendly superminis such as the Hyundai i10, Kia Picanto, Nissan Micra, Toyota Aygo and Volkswagen Up.

In a separate study, nearly half of UK public transport users (48%) said they would be less likely to use it once lockdown restrictions have been lifted, according to Auto Trader.

The research found that more than half (56%) thought that owning a vehicle will be more important in the future.

For those living in a city centre, and typically more dependent on public transport, this increased to 64%.