CarGurus data has suggested that the increase it has seen in online leads after car showrooms re-opened in England bodes well for retailers in Scotland and Wales.

Retailers in England celebrated a successful return to showroom trading on Monday after Prime Minister Boris Johnson gave the go-ahead for openings as part of the return of certain “non-essential retail outlets”.

Online car marketing platform CarGurus reported that it had seen lead volume increases of 15% to its English trading partners this week, and a similar increase in activity is expected in other UK territories as their re-opening plans are clarified.

George Augustaitis, director of automotive industry analytics at CarGurus, said: “We’ve been seeing signs of pent-up demand in the market over several weeks as lead volumes on CarGurus.co.uk have steadily increased from their low points in March, when dealerships were forced to close.

“But as dealerships reopened in England this week, we saw one of the largest week-over-week gains yet, with lead volumes up 15% week over week.

“Interestingly, while the largest share of interest was on cars below £10,000, we saw larger lead volume gains in higher price brackets, so it was a good start for dealers getting back to business this week.”

Imperial Cars reported today (June 3) that the demand it had experienced since fully re-opening its 17 retail sites this week had “exceeded all expectations”.

The independent retail group has turned to video calls with customers and video guides on “what to expect” at its retail sites in an effort to reassure car buyers after rolling out a series of sanitisation and social distancing measures to keep staff and visitors COVID-19 free.

“In fact, the demand was way in excess of our original expectations and projections. This could well be pent-up demand however, so we are being cautious as to how we resource this current need.” 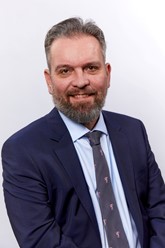