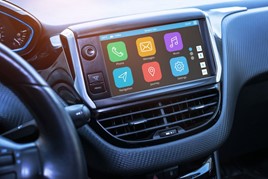 A survey from Rivervale Leasing has found that 63% of drivers do not trust their infotainment system, despite using them almost daily.

Rivervale Leasing surveyed 1,000 people in the UK and found that one third of drivers admit their vehicle infotainments has failed them.

The findings add weight to recently compiled customer insight which suggest that many motorists are unsure of how to use their cars' infotainment systems and have also encountered reliability issues with th technology.

Drivers who took part in Rivervale's recent survey said that they found infotainment is an increasing distraction, with 30% of respondents saying hands-free games such as mobile quiz apps are the most distracting feature, while 26% said AR sat navs are the biggest distraction.

Road safety charity Brake reported that 49% of drivers find infotainment distracting and 63% agree that it should be restricted while operating the vehicle.

However, the survey found that drivers do not find connected shopping and hands-free games useful and that they preferred improved driving support over shopping and entertainment, with 37% of respondents saying that traffic alerts on their dashboard would be the most useful, followed by AR sat navs at 19%.

Hands-free games were found to be the least useful feature (3%).

The survey found that only 16% of drivers want voice-controlled dashboards, 38% said they favoured the traditional style with buttons, whereas 46% would choose a touch screen. 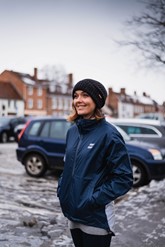 Car dealers must help mitigate against 'dangerous distraction' of technology

Car dealers must help mitigate against 'dangerous distraction' of technology

AM Poll
Which aspect of your business will require most focus in 2021?
Vote
View all
1140