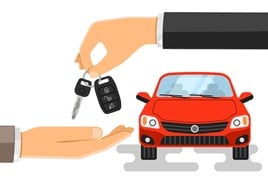 Jardine Motor Group research has revealed that motorists are “seduced” by in-car technology but 49% struggle to get to grips with it.

The study of 1,000 motorists who have purchased a new car over the last three years shows over 50% have no idea how to use ‘lane keep assist’, turn on ‘motorway speed alerts’ or even utilise ‘seat memory settings’.

Over half of London drivers felt they were wasting a lot of the technology their car had to offer, whilst 22% of Northern Irish and Welsh motorists admit to not being able to live without heated seats.

Jardine Motors Group’s marketing director Matt Wrigley said: “Technology strongly influences our choice in a new car, even if we are not entirely sure how it assists our driving.

"Many of us are seduced by it at the point of sale, but forget to figure out how to use them in the excitement of driving away in our new motor.

“This is why, in addition to providing our customers with a full tour of their new car and its features, we also have a range of specialists on hand to answer our customers’ questions at any time.”

In car sat nav left 32% of new car owners flummoxed as to how to operate it, whilst four in 10 drivers are clueless about their reverse sensors, climate control and heated seats.

More than half of those polled said their car is full of buttons and switches they don’t know how to use or what they’re for – and 49% believe they are wasting a lot of what their car has to offer.

A further 58% have frequently pressed the wrong button or selected the wrong function when trying to do something technical.

Eight in 10 new car owners admitted the technology and gadgetry of a car does influence their decision on whether to buy it.

Meanwhile, 76% said they would probably buy a car that had more in-car functions than they actually need.

Wrigley said: “In-car technology has come on such leaps and bounds in a short amount of time.

"From improving the overall safety of drivers and passengers, to bringing an added layer of excitement of being behind the wheel.”

Percentage of new car owners that can't use the following: