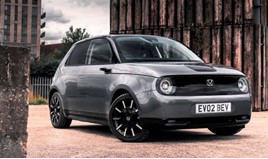 Over half (52%) of motorists in the UK believe their next car is likely to be a hybrid vehicle, but 68% of petrol and diesel drivers feel they do not know enough to buy one.

New research by Honda indicates there is a knowledge gap between Brit’s green goals and green actions, which could be a contributing factor to Brits taking over a year (13 months) on average to purchase a hybrid vehicle. 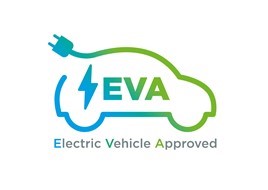 The EVA accreditation scheme was launched in May 2019 to help dealers build on their sales and servicing skills to better meet the needs of a new breed of alternative fuel vehicle (AFV) customer.

Following the success of the EVA's first year, which saw over 100 dealers obtain accredited status, the Government’s Office for Low Emission Vehicles (OLEV) renewed its co-sponsorship, the NFDA re-opened the scheme on October 12, 2020.

Last year, the NFDA partnered with Auto Trader to allow all EVA approved retailers to display their badge of approval on their adverts.

Professor Ivo Vlaev, Warwick Business School, said: “While 68% of petrol and diesel drivers say that they do not feel they know enough to purchase a hybrid vehicle, this is unlikely to be because there is a lack of information. Rather it is because information can be overwhelming.

“We are all bombarded with much more information than we can possibly consciously pay attention to.

“When we have a natural desire to know everything before making a big decision – such as with a car purchase – this is difficult to achieve and so we ‘tune out’ and instead go with an easy, familiar decision.

“The familiar decision in this case is another petrol or diesel car because we have purchased one of those before.”

The research found that petrol and diesel drivers tend to favour the familiar choice, with 57% agreeing that purchasing a hybrid would be a “leap in the dark”.

The reserach was conducted by Kantar in November 2020, where they surveyed 1,000 UK drivers - 200 of which drive hybrid vehicles.

To help UK motorists make the switch, Honda has launched the What’s Your Gap? quiz to understand why and when they are likely to switch to a hybrid vehicle.