Motor retailers have long appreciated the need for a ‘green’ agenda in the UK but there is considerable frustration at the Government’s surprise deadline shifts.

What was once a 2040 objective for all new cars to be EVs shifted initially to 2035, and has now become 2030, albeit with an extra five-year period of grace for plug-in hybrids capable of “a reasonable distance” under solely zero tailpipe emissions, so electric power.

That reasonable distance is likely to be around 70 miles, if current ULEV grant requirements can be a guide, which is a capability well beyond our current generation of PHEV cars.

In a snap poll on AM-online, we asked motor retailers 'How do you feel about the 2030 rule for hybrid and electric new cars only?'

Only a quarter of the voters in this poll of AM-online’s audience believe the UK’s new car markets – and consumers’ mindsets – will be ready by 2030 to stop buying new cars with internal combustion engines. 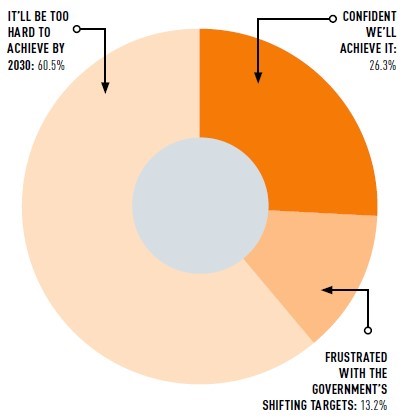 One cynic suggested it might become possible only through a significant drop in the number of new cars sold annually.

Some consumers might swap to buy used cars, others might embrace the Government’s push for public transport and ‘active travel’ – cycling or walking.

Nevertheless, dealers will be in the front line, educating consumers of the alternative fuel options available.

So their partnership with manufacturers, who’ll need to secure supplies, becomes more critical than ever.