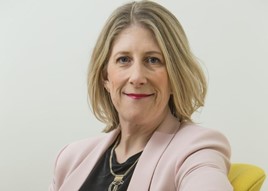 Online search data and car buyer survey data has led What Car? to assert that there “healthy demand building in the market” ahead of April’s re-opening of showrooms across the UK.

The consumer magazine said that leads to its New Car Buying service were up 11.8% week-on-week during March, with online traffic to the new car deals pages of the What Car? website up 18.1% against the first two weeks of February.

Nearly a quarter (22.9%) of participants taking part in What Car?’s weekly industry study are now looking to make a purchase in the next three months, while 15.2% are set to buy in the next four weeks – only 19.5% are looking to buy in more than six months’ time.

Rachael Prasher, the managing director at What Car?, said: “We saw similar trends emerge as we neared the end of the first lockdown, last June. Buyers began moving their purchase decisions forward, shifting from the research phase to the active purchase stage by contacting dealers on our New Car Buying platform.

“Our metrics are once more pointing towards healthy demand building in the market. This will be very positive for the industry, as it looks to recover from a poor first quarter.”

News of the market’s growing momentum comes less than four weeks ahead of the April 12 re-opening of car showrooms in England and comes a day after Scottish First Minister, Nicola Surgeon told retailers North of the border that scheduled showroom visits could re-start on April 5.

Auto Trader reported earlier this week that its data indicated that the used car sector was currently trading at around 90% of its usual volumes for the time of year.

The National Association of Motor Auctions (NAMA), meanwhile, has indicated that conversion rates at remarketing centres across the UK are expected to remain strong as car retailers begin to re-stock their forecourts in anticipation of pent-up demand.