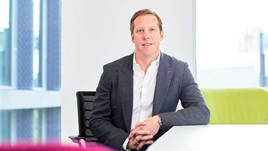 Auto Trader has painted a positive picture of the car retail sector during March’s COVID-19 ‘Lockdown 3’, with consumer confidence reaching new heights and dealers trading at 90% of normal volumes.

The online automotive marketing giant said that data related to the number of vehicles removed from the platform during the first week of the month showed that car sales performance was just 10% down, despite the ongoing coronavirus restrictions on trading.

And an on-site survey conducted in February revealed that consumers' confidence in being able to afford their next car was at its highest level (8.75/10) since Auto Trader began tracking it in January 2020, surpassing the previous peak recorded in January (8.60/10) of this year.

Auto Trader also said that its volume of cross platform visits were up 24% (to 15.5 million) on 2019’s activity for the same period.

Auto Trader’s chief executive officer, Nathan Coe, said: “It’s very encouraging to see the market is approaching typical trading volumes, which is testament to the speed at which retailers have adapted to digital retailing.

“Automotive retailing is very much open for business as retailers continue to report strong performance despite the restrictions.

“This continued acceleration in both sales volumes and consumer demand, points to a strong period of retail growth once forecourts are able to fully open.

“What’s vital is that retailers don’t wait until the 12th April to seize the opportunity to convert searches into sales.

“Unless retailers have their stock and their brands promoted across their digital channels, not only will they miss out on those who are in market to buy today, but also the 59% of those we know are researching in March to buy in April.”

Auto Trader said that the marketing of 14-day money-back guarantees had served to mitigate cay buyers’ concerns about buying a vehicle without a test drive during lockdown.

Last month Lawgistics legal advisor, Nona Bowkis, told AM that the issue of car retailers offering test drives in England was a “moral” decision, after gaining confirmation that such activities were not in breach of COVID regulations. Many retailers have continued to steer clear of the practice, however.

Auto Trader said respondents to an on-site study conducted last week indicated nearly two thirds (65%) of consumers would commit to a purchase without a test drive when offered a 14-day money back guarantee.

This response came despite 68% of the more than 2,700 consumers surveyed saying they would not consider buying a car without a test drive, however.

The research also highlighted what else would make a consumer more comfortable buying without a test drive, with 64% selecting warranties offered by the dealer, 59% stating clear images of any imperfections, and 49% saying workshop inspection reports.