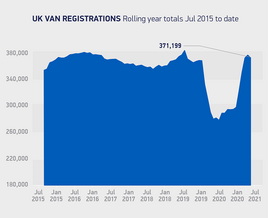 Van registrations declined for the first time in 2021 as supply shortages resulted in a 14.8% year-on-year dip in July, according to SMMT data.

SMMT chief executive, Mike Hawes, said: “While July’s decline in the new van market is disappointing, it must be viewed in context against the semi-conductor shortages currently challenging the global industry.

“Given the shift to home-deliveries, strength of construction sector and as the economy opens up further, we expect the market to end the year almost back to 2019 levels.

“Fleet renewal is critical, not only to ensure the newest, cleanest and greenest vans enter UK roads, but to enable the UK to meet its ambitious green targets.” 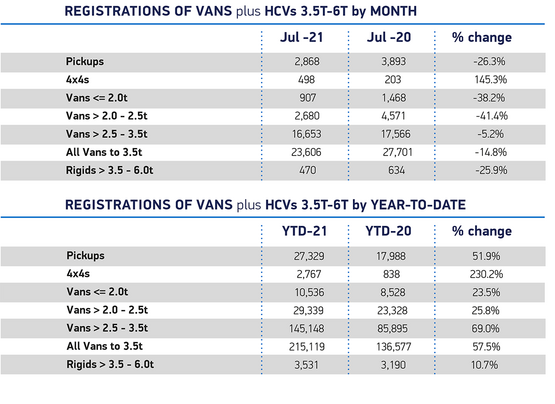 “NFDA CV members remain cautiously optimistic for the remainder of the year.”

The SMMT said that the increase in van sales this year has been driven by growth in demand from operators who continue to renew and expand their fleets, notably to meet rising demand for online delivery business and the construction sector.

However, this is a modest reduction of 1.5% from April’s forecast of 369,000 units, and which would leave it just shy of the total number of vans registered in 2019.

Ford’s Transit Custom remained the UK’s best-selling van in July, with more than 3,500 examples registered during the month.