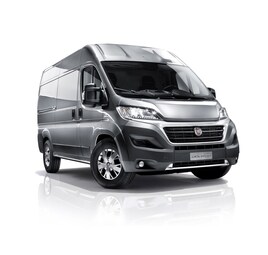 Van buyers are up to 40 times more likely to go ahead with a purchase than those looking at the most popular car models, according to BuyaCar.

Analysis of its November web traffic shows there is a big difference between the buying determination of visitors looking for niche products, or vehicles seen as a practical tool, and those searching for ordinary cars.

The findings echo BuyaCar's research in the summer, which revealed a similar trend among visitors looking for an electric vehicle.

Analysts compared the number of times a vehicle listing was typically viewed before the car or van was bought over the past six weeks. By comparing the viewings of listings with actual sales they also found a strong ‘niche product effect’, with many harder-to-find models selling significantly faster than even the most popular, more mainstream cars.

Tracking this data over the course of the year also reveals that determined buyers are snapping up vans faster than at any previous point during the first three quarters of 2021.

Christofer Lloyd, editor of BuyaCar.co.uk, said: "There is a clear niche effect among our customers which manifests through those wanting something slightly outside of the mainstream clearly being determined to secure the deal they want more quickly.

“The most striking example of highly motivated customers at the moment is the determination of van drivers to just get on with making a purchase. We even had one van - a Citroen Nemo - snapped up after being looked at only four times, which may turn out to be our fastest selling vehicle of 2021."

BuyaCar’s research found there are almost 19 times as many viewings of Mercedes A-Class listings before someone snaps up the car than when customers look at a Fiat Ducato van. And the conversion rate between views and sales for the Fiat Ducato is 40 times stronger than that of a VW Golf.

Analysts believe that this reflects a surge in demand in the run-up to Christmas and in the wake of a record-breaking November for new light commercial vehicle registrations.

The UK's new van market notched up a November sales record, finishing the month 11.4% ahead of the pre-pandemic average for the month.

This is underlined by the fact that for the overall year to date only one van appears among the fastest 10 conversions from viewing to sale. But since November 1, four van models dominate the top of the chart for fastest conversions.

There is also often a clear niche effect in the conversion rates between viewings and sales for many other vehicles, with more unusual cars typically converting much more quickly.

For example, one in every 100 views of the Volkswagen Passat Alltrack - a rare, more rugged version of a more common estate car -  leads to a sale, compared with around 4,500 listing views for a standard Ford Fiesta. People carriers also perform strongly, with customers acting much more decisively to secure a Ford Galaxy than a Ford Focus hatchback. Here, the standard car needs to be seen by 150 times as many customers than for the MPV.

Car buyers search for space before speed, according to BuyaCar

Car buyers search for space before speed, according to BuyaCar