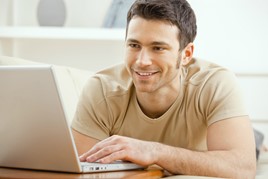 Car buyers looking to change their car in the coming months are increasingly shopping  with a monthly, rather than total, figure in mind.

Research from AA Financial Services revealed that 94% of in-market buyers surveyed had a monthly budget in mind and that rose to 98% for buyers aged under 35.

Commenting on the findings, James Fairclough, CEO of AA Financial Services, said: “Most people now think about the monthly amount that they can pay on a car rather than the full price. This is symbolic of the seismic changes that are occurring in the car industry. People are increasingly and rapidly thinking about finance first, not the car itself, when embarking on getting a new car.”

The past two years have seen rapid growth in subscription services, which offer new and used cars for fixed monthly prices, inclusive of insurance, tax and maintenance, on a flexible basis. Volvo’s car subscription service, Care by Volvo, delivered 2,500 cars to customers in its first year, accounting for 15% of all its UK retail sales.

Stellantis announced in October that it will expand its all-inclusive Free2Move Car On Demand monthly car subscription service to the UK.

Of those looking for a new car, the research from AA Financial services revealed that the average amount buyers are looking to spend is £422 per month. There were, however, some notable differences in the average monthly budgets of some groups.

Men planned to spend, on average, 38% (£130) more each month than women on their next car. As a proportion of all outgoings for the month, male car buyers were prepared to commit 22% of their monthly income for their car, compared with 20% of female car buyers. Men were also more likely to be planning to change their car in the coming months than women – 30% vs 22%.

By region, car buyers in London had by far the largest monthly budget for that next car of £649, with one in seven (15%) car buyers intending to spend more than £500 each month. This figure was more than double that of other regions, including the East Midlands (£280 per month) and the South West (£272 per month).

London car buyers were prepared to commit around 26% of their total monthly income to get the car that they wanted, compared with an average of 21% for the rest of the country. London was also the region most likely to be looking to change cars in the coming months – 33% (compared with 26% of the rest of the UK).

Fairclough added: “PCP fits with how people think about paying for their cars and running them. AA Financial Services is opening up the second-hand car market more broadly to the benefits of PCP in 2022. In turn, this will increase our customers’ ability to choose a car finance option that is best-suited to their circumstances and lifestyle."