The future of franchised retailers’ motor finance FCA ruling on discretionary commissions has lead to greater transparency, but few dealers are reporting any noticeable variation to income as a result.

The trend for vehicle manufacturer finance houses (captives) to offer a fixed rate of commission to automotive retail partners has accelerated since the Financial Conduct Authority (FCA) introduced new rules banning discretionary models at the start of 2021.

According to the Finance and Leasing Association (FLA) many captives had already moved to a fixed rate, one of the models suggested by the FCA, or had done so before the January 28 deadline, so the changes have not been onerous for the majority of franchised dealers.

Adrian Dally, FLA director of motor finance, tells AM the rules have had the intended impact, with the focus on increased levels of transparency and simplicity.

Before the rules were changed, some car retailers and motor finance brokers were receiving commission linked to the interest rate that customers pay – creating an incentive to sell more expensive credit to some customers.

Dally says: “There has been a very clear move towards simpler and more transparent commission models. The FCA now requires disclosure of the nature of commission, not just the fact it exists.”

Dally says that, while there have been other factors impacting new car finance volumes, such as the semiconductor shortage choking new car supply, it still represents 94% of the way new vehicles are funded in the UK.

While new car finance volumes may have dropped by as much as 20% in September 2021, its share of the market has not been decreasing, instead only gaining a greater share since the start of the year.

Dally says: “The FCA changes have had more of an impact on the used car finance side of things. The move to either fixed rate commission or rate-for risk models has increased trust levels with consumers, which, in turn, has seen used car finance penetration increase as a result.”

Phillip Kerry, BMW Financial Services sales and marketing director, said new car finance at BMW and Mini was already working on a fixed-rate model and so the only real impact had been bringing its used car finance in line with what it was already doing on the new car side.

He says: “Franchised dealers have been used to that fixed rate model on new car finance for a few years now.

“We put an enhanced disclosure in our quotations as well as within the T&Cs.

“Consumers have the right to ask about it and retailers have the processes in place to discuss commission should the customer want to. But there’s been no real Sponsored by material impact to incomes or penetration pre- or post-FCA changes.” 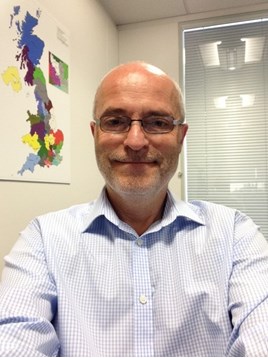 Jerry Page, HR Owen compliance and risk director, said the process of working with captive finance houses on a fixed rate commission has all been “very transparent and fair”.

He says finance terms and conditions have been updated to make clear the nature of commission.

So far, there haven’t been any customers that have asked about commission since the changes took effect.

Dally agrees that, across the market, there has not been a material increase reported by members of customers asking about commission disclosure or discretionary commission models.

HR Owen also hasn’t seen a huge variation on penetration or income as a result of moving to a fixed-rate model.

Page said: “The thing it’s really done is make car finance more transparent, which can only be a good thing.”

Have the FCA rules made an impact?

The FCA has been gathering evidence on the impact of the rule changes with point-of- sale mystery shopping since September.

From that point onwards the regulator is looking to determine whether its measures are acting in the way it envisioned and it estimates this will save consumers around £165 million a year.

However, Dally says the £165m figure relates to a time in the market before the rules were in place and new car finance, in particular, moved to fixed rate years ago.

“The amount of commission has never been an issue. Ultimately dealers do a job and reasonable customers expect them to be paid for that.”

New car finance has not adopted a risk-based pricing model – where lenders can determine interest rates for car finance based on the applicant’s creditworthiness and risk.

As captive finance houses are primarily serving prime customers (those with a good credit score), it hasn’t made financial sense for them to invest in creating the systems to offer this model.

However, those captives that are funding used car finance may well offer risk-based pricing in the future in order to service a wider range of customers with different credit scores and financial backgrounds.

Personal contract hire (PCH) is regulated by the FCA under the Consumer Credit Act (CCA), however the new rules around commission disclosure models do not extend to PCH.

Subscription services, which can be customised forms of personal leasing contracts, have already been launched by brands like Volvo, which has seen its Care By Volvo offering already account for more than 15% of UK retail sales in its first year.

FLA’s Adrian Dally says: “Subscriptions, generally, have been unregulated so far as they tend to cover shorter periods of time. Contracts less than 90 days are unregulated. If you’re getting a car subscription and you can’t see on the website that they are regulated by the FCA, it’s highly likely it’s unregulated finance.”

Whether subscriptions are under the scope of the CCA or not depends. If a subscription offering is not authorised by the FCA, what is presented as a rolling contract may be set-up to be a succession of separate contracts that are within the legal boundary of less than 90 days each time so as not to be FCA regulated.

Dally says: “The FCA will certainly look at PCH and subscriptions as part of its review within the next three years.

“The scope of the CCA is set by Parliament and the boundary is set by the Treasury, so it would be a matter for that department, rather than the FCA itself.”

Wagonex facilitates subscriptions for dealer groups and manufacturers and has seen interest surge ten-fold over the past 18 months.

With PCH, customers are usually locked into their agreement or risk facing costly early termination fees. Subscriptions are set-up to be much more flexible, with customers able to swap and change vehicles from month to month. 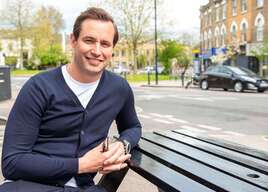 It’s a bold statement as PCP currently accounts for more than 90% of the new car finance market.

He says: “Stranger things have happened in other industries. Flexibility is the big draw to subscriptions.

“The average contract length is increasing on a quarterly basis and it’s currently north of 12 months. When we launched it was between one month and three months.”

Offering greater flexibility on subscription means vehicles come back to the fleet owner, like dealer networks, for resale as a nearly new vehicle, much like PCP.

Kernon says the subscriptions market is still in its infancy because it has been easier for the industry not to innovate with personal leasing.

He says: “If you lock a customer into PCH for three or four years you don’t have to worry about what that customer is doing. Subscriptions give you regular contact with customers and so it’s much more of a service industry.”

Kernon welcomed the FCA review on subscriptions and Wagonex has already volunteered to help engage with the regulator.

He said: “Subscriptions offer more flexibility and it’s more customer centric than PCP could ever be.

“We have volunteered to help in any way we can so we’re hoping to get an audience with them soon.”

Dally said that if the subscriptions market does grow, particularly with more electric vehicles (EVs) being funded this way, they should be brought within the scope of the CCA.