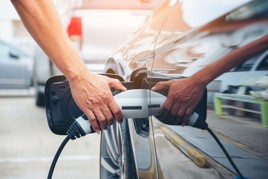 The price of electricity has become the main reason for buyers to decide against buying a new electric car, according to Riverdale Leasing.

In a survey of 2,000 people, the company found that 21% thought the potential of higher home charging tariffs could stop the UK from switching to electric.

The initial purchase price continues to be an obstruction for many, as 20% say buying an electric car is still too expensive. 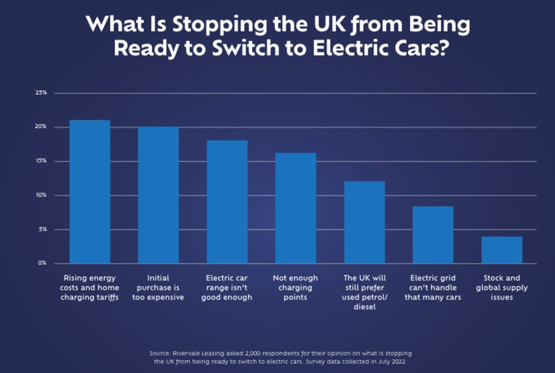 Fewer respondents believe that the UK electric grid will be the main blocker for EVs, as 8% believe it can’t handle the number of electric cars. Just 4% think it’s down to stock and supply issues, as many EVs are accessible here in the UK.

Vince Pemberton, chief executive officer at Rivervale Leasing, said: “It’s not the strongest environment at the moment for buyer confidence. There might be a higher upfront cost in going electric but the longer-term saving is substantial. I don’t think this is made clear enough.

“If you’re lucky enough to have a driveway or off-road parking with access to charge points, even better. There are apps that control when you’re charging – you can do it overnight when tariffs are lowest. My car probably costs between £10 and £12 to fully charge. That gets me around 220miles. A diesel tank on an average family car gets you 400miles, but sets you back about £85… And it won’t be long before we’re seeing EVs with an equivalent range to petrol and diesel. It’s coming.” 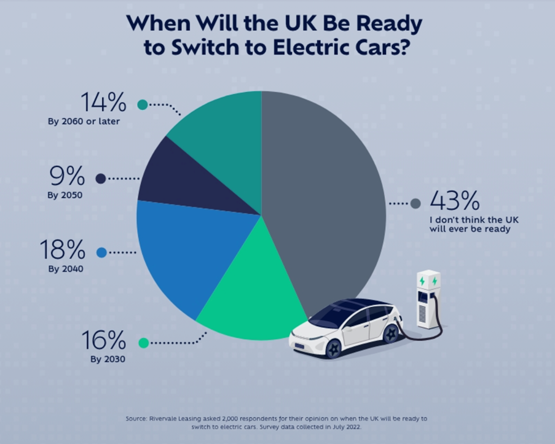 Of those surveyed, 12% think that used petrol and diesel vehicles will still be more desirable to drivers, indicating that many people won’t switch because “we prefer to stick with what we know."

A significant number of respondents (43%) said they don’t believe that the UK will ever be ready to fully make the switch to electric cars.

Only 16% think we are prepared enough to reach the 2030 deadline. More think that we will be ready 10 years after the target date at 18%, whereas the remaining 23% believe that it’ll take until 2050 before we’re completely equipped for the transition.

Forecasts show that fleet operators will largely step away from petrol and diesel cars by 2025.

A little over a quarter (28%) of UK company cars are predicted to be petrol or diesel power alone by 2025, it says.

With fleets operating vans, they expect half (50%) of those to be electric.