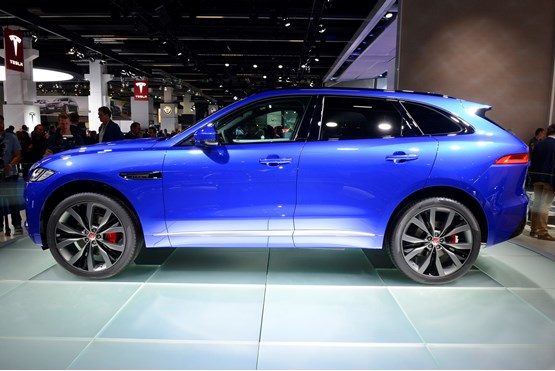 The F-Pace has become Jaguar’s fastest selling car ever.

This is the company’s fifth consecutive record-breaking month. Jaguar Land Rover sold 245,100 vehicles in the first five months of 2016, 23% up on the same period in the prior year.

More than 3,000 of the Jaguar F-Pace, which is designed, engineered, and manufactured in the UK, have been sold worldwide.

Retail sales for the month of May were up year-on-year across all regions: 28% in China, 24% in Europe, 23% in the UK and 8% in North America.  Other overseas markets were up 6% year-on-year.

Andy Goss, Jaguar Land Rover group sales operations director said: “Following its UK and US launch this month, I am delighted to see that response to the new Jaguar F-Pace has been extremely positive – with over 3,000 global sales this month.

“We are committed to exceeding our customers' expectations by delivering the highest standards of quality and technology and by producing exceptional premium vehicles.”