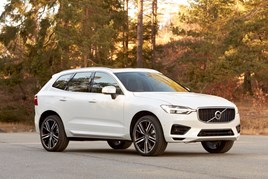 Volvo’s new XC60 will continue its series of shopping mall public debuts, with shoppers at Kent’s Bluewater facility getting their first glimpse of the Swedish SUV next week.

Visitors to Bluewater will be among the first people in the UK to see the new Volvo XC60 SUV, before it appears in dealerships later this year, when it takes centre stage at the shopping centre from Saturday 8th to Saturday 15th April.

The long-awaited SUV will go on display in Volvo's pop-up shop in a latest showcase appearance which follows the car's UK debut at Manchester's Arndale shopping centre last week.

"We're delighted to be giving visitors to Bluewater such an early chance to see the car.

“Our pop-up shop will allow customers to explore the car in a relaxed, welcoming environment, which reflects not only the design of our products but also the overall Volvo ownership experience."

Revealed at this year's Geneva Motor Show in March, the new car replaces Volvo's highly successful original XC60, which in the nine years since its launch became the best-selling premium mid-sized SUV in Europe, with nearly a million units sold globally. 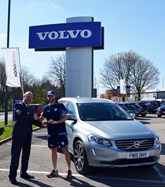