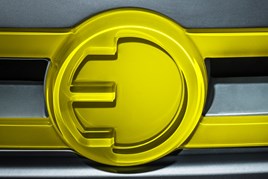 BMW has confirmed it will launch a new way of building vehicles that will mean it can produce electric (EV) and plug-in hybrid versions of every model series.

The first new EV option will be the Mini three-door hatch in 2019. The electric drivetrain will be made in Germany and then integrated into cars at the Oxford factory.

“If required, we can increase production of electric drivetrain motor components quickly and efficiently, in line with market developments.”

By 2025, the BMW Group expects electrified vehicles to account for between 15-25% of sales.

However, factors such as regulation, incentives and charging infrastructure will play a major role in determining the scale of electrification from market to market.

BMW says it has developed a new production system that will allow it to react “quickly and appropriately to customer demand”.

In the future, the BMW Group production system will enable factories to build models with a combustion engine, plug-in hybrid or fully electric drivetrain at the same time.

The BMW Group currently produces electrified models at 10 plants worldwide; since 2013, all the significant elements of the electric drivetrain for these vehicles come from the company’s plants in Dingolfing and Landshut. Dingolfing additionally builds the plug-in hybrid versions of the BMW 5 Series and the BMW 7 Series and from 2021, it will build the BMW i NEXT.

The new, all-electric Mini is one of a series of electrified models to be launched by the BMW and Mini brands in the coming years. In 2018, the BMW i8 Roadster will become the newest member of the BMW i family. The all-electric BMW X3 has been announced for 2020, and the BMW iNEXT is due in 2021.

Rival manufacturer Volvo recently revealed its target to sell one million electrified cars by 2025 following the announcement that all of its new products will include an element of EV technology from 2019.