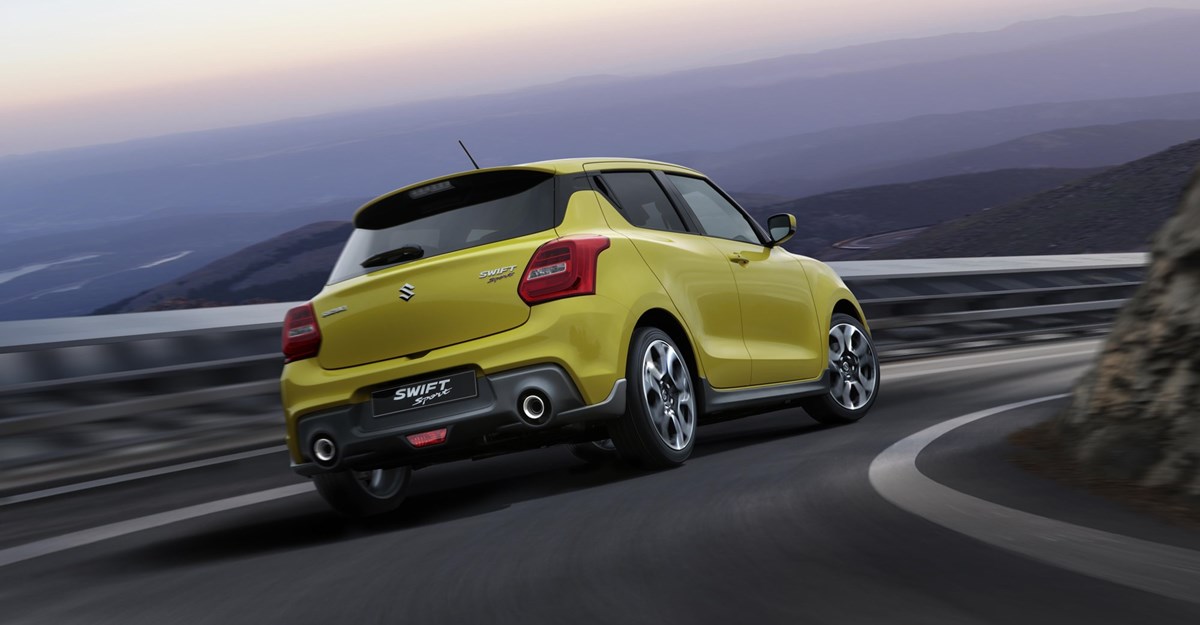 Suzuki has revealed an all-new Swift Sport at the Frankfurt motor show, it features a lower, wider stance, more aggressive styling, and a torque-to-weight ratio that propels the Swift Sport into genuine hot hatch territory.

“We know that our customers value a dynamic driving experience above everything else,” says Swift Sport chief engineer Masao Kobori, “so we’ve made the new Swift Sport lighter, faster and more stimulating in every way.”

With a kerb weight of 970Kg the Swift Sport promises strong performance from its 1.4-litre Boosterjet engine, combined with nimble handling.

The new engine develops 140PS and 230Nm of torque but has been designed to optmise fuel consumption.

To achieve short-stroke and nimble shifting, enhancements have been made to the existing six-speed manual transmission used in the previous Swift Sport.

The Swift Sport features an exclusive frontal design. The front grille and bumper project the nose beyond that of the standard Swift. Black aerodynamic under spoilers at the front, sides and rear, and a roof-end spoiler complete the aesthetics.

Advances in the performance and driving feel of the new Suzuki Swift Sport have been matched with significant safety features, including advanced forward detection, Dual Sensor Brake Support, lane departure warning and other key technologies.