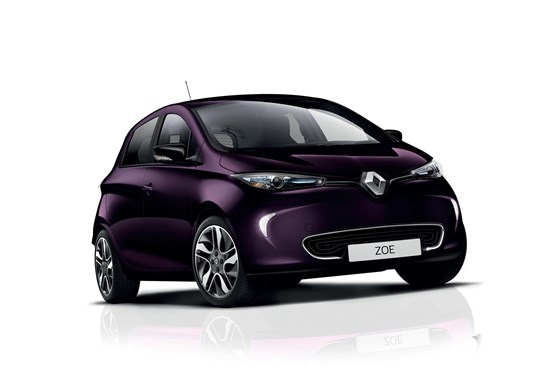 To coincide with the launch, Renault has announced new offers with three-year PCP deals from £199 (plus £59 battery lease) per month with a £3,499 deposit.

All retail customers are eligible for a free fully-installed home charger.

Orders are already being taken for the all-electric hatch, which benefits from a new R110 electric motor that boosts power by 16PS without affecting range.

The new Zoe line-up has been simplified with a choice of two trim levels: Dynamique Nav or Signature Nav.

Since its launch in the UK in 2013, Renault has almost doubled the Zoe’s range thanks to technological advancements such as an increased battery capacity and a more efficient motor. With the ZE40 battery, Renault estimates the Zoe’s range in real-world driving conditions equates to around 186 miles in summer and 124 miles in cold winter.

For buyer more likely to use public rapid chargers whilst travelling longer distances, the Q90 option is still available with both trim levels. This charges the Zoe to 80% in just over an hour when using a 43kW charge point. The Zoe Q90 provides an estimated real-world range of 174 miles.

Zoe continues to be available to purchase in two ways. First, under a battery hire scheme, where pricing starts at £18,240 (after the Government Plug-in Car Grant), with battery leasing from £59 per month.

Buyers can also own the Zoe outright. Zoe i ‘full purchase’ models start from £24,020 (after the Government Plug-in Car Grant), giving the buyer full ownership of the battery with no monthly battery lease payments.