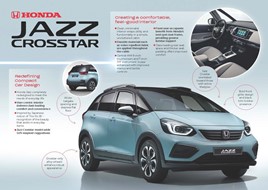 Honda car retailers will add two new models to their showrooms when the new Jazz hybrid reaches their showrooms this summer thanks to the creation of an SUV-inspired ‘Crosstar’ derivative.

Roof rails, rugged plastic bumpers and wheelarch extensions and a wider boot featuring a flat load area will all feature on the crossover version of the electrified Jazz, which will join the new Honda e electric vehicle (EV) in showrooms later this year. 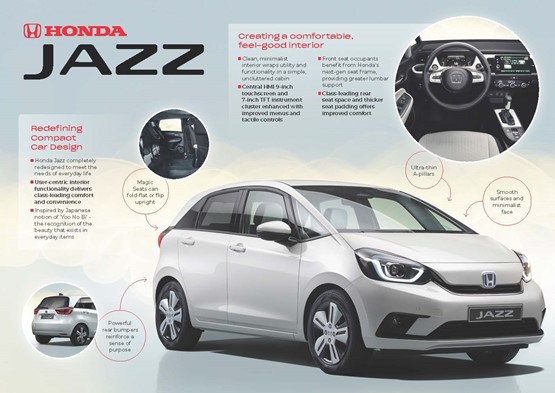 Honda’s new Jazz is the first of the Japanese carmaker’s compact models to dual motor hybrid drive – following its debut in the CR-V – and while few details of its specification have been made public, some detail was released by the brand this week.

As standard, the latest version of Honda’s best-selling UK model will retain its innovative ‘Magic Seats’ to maximise its stowage capabilities, while all Jazz models will feature a central HMI nine-inch touchscreen infotainment system and seven-inch full TFT instrument cluster as standard. 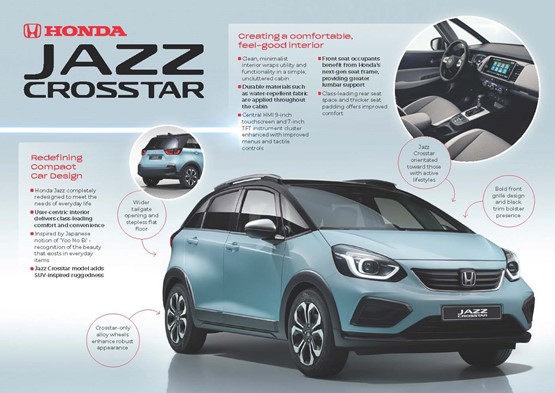 The current Jazz is currently being supported by a 0% APR finance offer promotion which will run until January 31.

Members of the UK press this week attended the launch of the new Honda e, meanwhile.

The brand’s debut into the world of EVs.

A fast-charging capability also allows recharge to 80% capacity in 30 minutes.

Honda has said that the car is the next step towards its commitment to making 100% of its European automobile sales electrified by 2025.