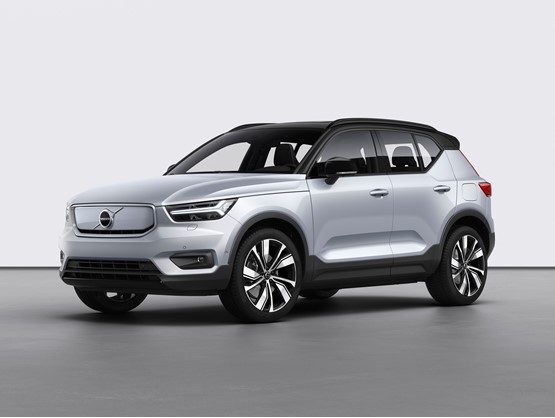 It is also the first Volvo to feature a new version of Pilot Assist, the driver-assistance technology that deploys steering, acceleration and braking support to help take the strain during long motorway journeys and sitting in traffic.

The system now uses Google Maps for information such as speed limits and curves in the road to improve its functionality.

A new Emergency Stop Assist function is also included, meaning that if the driver is not holding the steering wheel while Pilot Assist is activated, the driver will be warned in different stages until the vehicle is brought to a safe stop.

The XC40 Recharge joins the recently launched plug-in hybrid XC40, which is suited for those making the transition to electric driving with its 28-mile electric.

Volvo says the new model is the “perfect car” for those ready to commit to all-electric motoring.

Designated P8, the electric model has strong performance, with its twin electric motors producing 408PS to deliver a 0-62mph time of 4.9 seconds.

The lack of an internal combustion engine frees up space for an additional 30-litre storage compartment or ‘frunk’ under the front bonnet, while the placement of the batteries under the centre of the car means space is not compromised elsewhere.

The interior of the battery-powered XC40 also carries over the strong focus on sustainability from other variants, with the door linings and carpets made from 97% recycled plastic bottles.

Initially offered in R-Design specification, the XC40 Recharge Pure Electric is available from £53,155, with UK deliveries expected to start in early 2021.