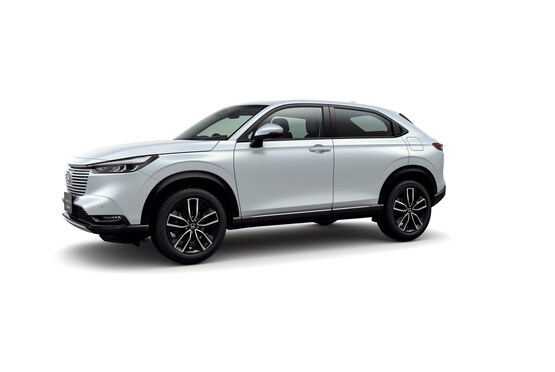 Honda has revealed the all-new HR-V small SUV, which will be available in UK dealerships towards the end of the year.

Honda has pledged to electrify all its mainstream models by 2022 and the new HR-V reflects that goal.

Limited technical details are available about the new model, but images released as part of the unveil showcase an entirely new look for the HR-V with a bold new front-end design and a more boxy stance than the previous model.

A new dashboard provides a less cluttered cabin than before, with a centrally mounted touchscreen providing infotainment services.

The new HR-V also retains its popular ‘Magic Seats’ feature, which enables the rear bench to folded up, or the entire rear seat to be folded flat, to make more space for cargo.

Honda says the new model embodies its “seamless, clean, modern design philosophy seen in other recent new Honda models” and it “follows the key concepts of function and beauty.”

More details about the new HR-V are expected to be released in the Summer before the new model arrives in the UK before the end of the year.