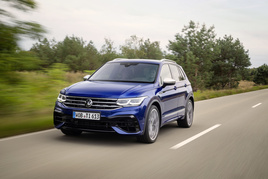 Powered by VW's familiar four-cylinder, two-litre turbocharged petrol engine, it produces 320PS and 420Nm of torque to deliver 4.9-second acceleration to 62mph - just two-tenths of a second behind the Golf R hatchback.

The system manages this between the front and rear axles and between the two rear wheels. Up to 100% of available torque can be directed to the rear wheel on the outside of a bend, VW said.

In addition, the characteristics of the shock absorbers have been adapted individually to the Tiguan R. 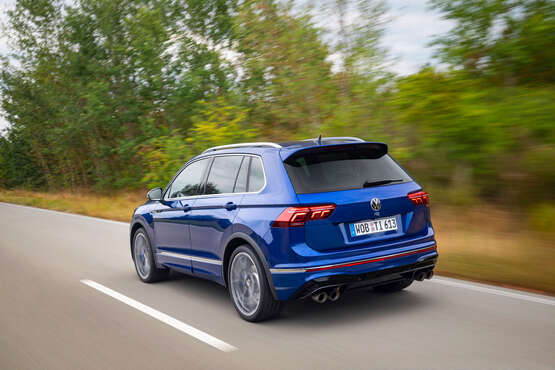 The Tiguan R sits on standard-fit 21-inch ‘Estoril’ wheels and has an 18-inch performance braking system.

Items optionally available for the Tiguan R is an Akrapovič performance titanium exhaust system, which is lighter in weight than the standard set-up and augments the sound the high-performance engine makes, said VW.

As in the Golf R, the Tiguan R’s sports seats are finished in a blue-black ‘Sardegna’ cloth with ArtVelours outer areas, with the new addition of a heated R steering wheel. The steering column features extended paddle shifters to add to the driver-focus of the Tiguan R’s cabin.

The Tiguan R follows the new Golf R in the Volkswagen R line-up and is the third model in the current range to be given a stand-alone R variant.

The two new models join the T-Roc R as the performance flagships of their respective nameplates, as the R division is set to expand further later this year into the Touareg and Arteon ranges.

VW said more information on the upcoming models will be released nearer to their on-sale dates.