Was this article useful?
7 people found this useful
8 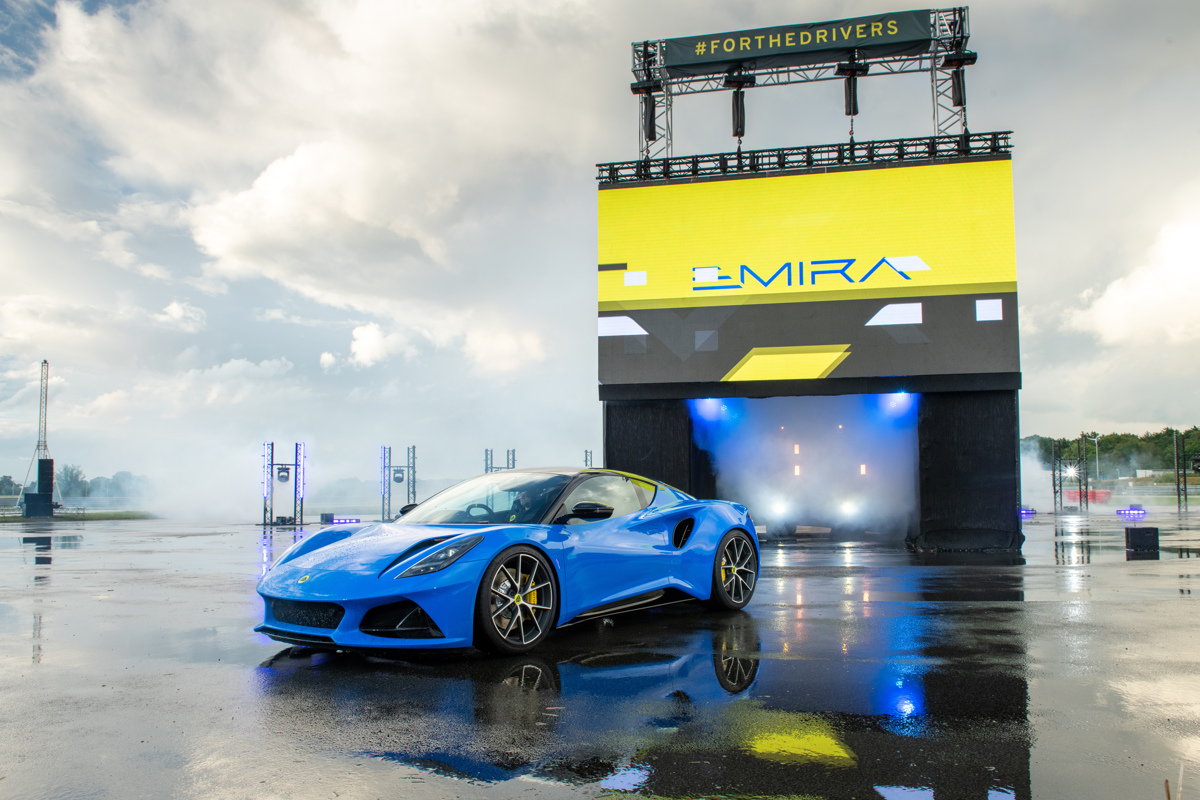 Lotus has revealed its all-new Emira sports car, which replaces the Elise and will make its public debut at the Goodwood Festival of Speed on July 8.

The mid-engine two-seater is said to be built “for the drivers” and comes, from launch, with a Toyota-derived 3.5-litre Supercharged V6, as used in the existing Lotus Exige and Evora.

Emira buyers will also be able to specify a Mercedes AMG four-cylinder powertrain from next summer.

Across the Emira range, Lotus says power output will between 360 and 400PS at launch, with 0-62mph acceleration of less than 4.5 seconds and top speeds of up to 180mph.

Manual and automatic transmissions will be offered on the V6, while the AMG unit will come with a dual-clutch transmission.

The car has a target weight of 1,405kg in its lightest form and benefits from a bonded extruded aluminium chassis, like the one used on the Elise.

The car has two defined chassis and suspension settings. Tour is tuned for everyday road use, delivering the optimum blend of Lotus dynamic performance and handling with a more comfortable ride. Sports is available with the optional Lotus Drivers Pack and provides a slightly stiffer suspension set-up for enhanced dynamic capability and feel. Hydraulic steering provides excellent feedback for the driver.

Richard Moore, executive director of engineering at Lotus, said: “Lotus customers around the world have rightly come to expect outstanding dynamic performance from our sports cars, and they will undoubtedly get that with the Emira. Like every great Lotus it has that element of theatre, for example, the visible gearshift mechanism on manual cars and the exposed throttle actuator in the V6 engine bay.

“What will surprise and delight sports car customers the world over is the level of practicality, functionality and comfort which sets new standards for Lotus.”

Prices for the new Emira will start at less than £60,000, with first customer deliveries expected to take place in Spring 2022.

The Hethel-based performance car brand unveiled details of a new corporate identity (CI) for its franchised car retailers in April, alongside details of its new product roadmap as part of a 'Driving Tomorrow' virtual conference.

It announced that the first of its new CI car retail locations had already opened its doors in Manama, the capital of Bahrain, and others would follow across the globe – alongside a new digital retail platform.