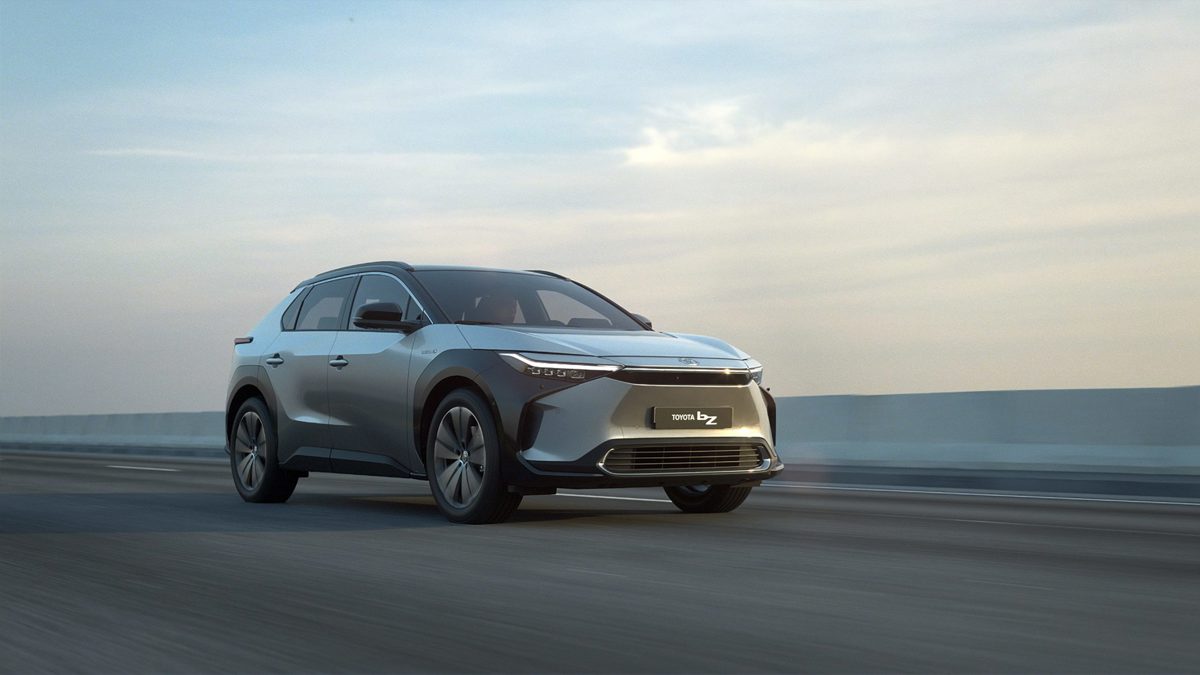 Toyota has unveiled the production-ready version of its first dedicated fully electric model, the bZ4x, which is due to arrive in the UK in 2022.

It's the first of a new range of electric Toyotas to be launched under the car maker's 'Beyond Zero' bZ sub-brand.

The bZ4x is built on a bespoke electric vehicle (EV) platform, co-developed with Subaru, which incorporates the battery as an integral part of the chassis.

Toyota says the car will provide a range of 280 miles from its 71.4kWh battery and be able to charge to 80% in half an hour using a 150kW charger. A roof-mounted solar panel will provide additional charge to the battery.

There will be a choice of front- or all-wheel-drive with power outputs of 204PS and 217PS, respectively.

The new platform allows for a longer wheelbase – 160mm longer than a RAV4 – to improve passenger space and dynamic capability. It will provide high levels of safety and ride and handling quality, according to Toyota.

A steer-by-wire system – One Motion Grip - will be optionally available, which does away with a mechanical linkage between the steering wheel and front wheels.

The bZ4X will also feature the third generation of Toyota Safety Sense, with an improved Pre-Collision System to recognise vehicles that are oncoming and cutting in; low-speed acceleration suppression; and emergency stopping assistance.

Toyota will officially launch the bZ4x on December 2 and start taking orders on December 15. The car is expected to arrive in UK dealerships in early 2022.