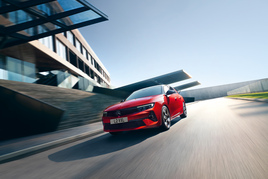 Vauxhall has opened order books for its new Astra hatchback, with prices starting from £23,040 and an all-electric version due in 2023.

The first Astra to sit on the same Stellantis group platform as the new Peugeot 308 – with both using PSA-derived EMP2 underpinnings – the new model is also the first Vauxhall to feature the brand’s new trim line-up.

A simplified, three trim line-up features Design, GS Line, and Ultimate levels and will be rolled out on all future and existing models.

Vauxhall says that the new range structure makes it even easier for customers to choose their new Vauxhall, with specification aligned between electric, and petrol and diesels models making them easily comparable. 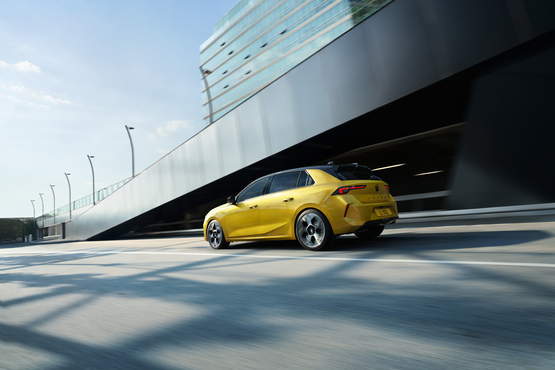 It’s a similar story inside, where the new Astra is equipped with the brand’s Pure Panel wrap-around digital cockpit.

The eighth-generation Astra is the first one to give customers the choice between petrol and diesel variants and a plug-in hybrid model, the Astra plug-in hybrid-e, from launch.

Vauxhall will offer the new Astra with two plug-in hybrid options – the same 180PS and 225PS units from the Peugeot 308. Using a 1.6-litre petrol engine and electric motor, they both emit from 24g/km of CO2 and have a zero emission range of up to 35 miles.

In addition, there will be 1.2-litre petrol, with 110PS or 130PS, and a 1.5-litre diesel, with 130PS, in combination with a six-speed manual or eight-speed automatic transmission.

The fully electric Astra-e is yet to be detailed, but will go on sale in early 2023. 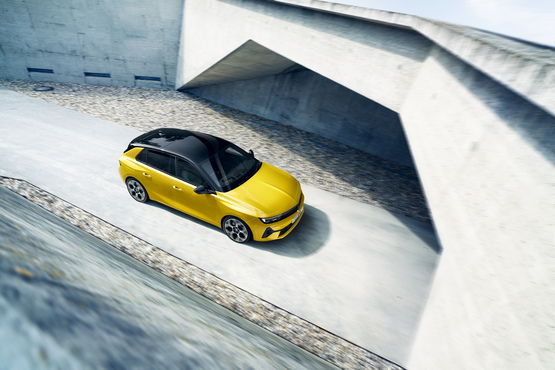 The new Astra is only 4mm longer than the previous model, but its wheelbase has grown by 13mm to make more room for passengers. The boot has a volume of 422 litres.

The Vauxhall Pure Panel, first introduced in the Mokka, features two 10-inch displays, seamlessly integrated – together with the driver’s side air vent – in a horizontal format. Its touchscreen is complemented by a row of switches to simplify to the operation of key features.

Vauxhall says it has fine-tuned the Astra’s chassis and describes the handling as “composed as well as dynamic”.