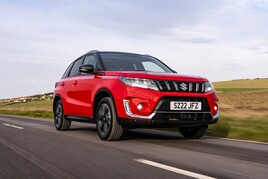 Suzuki has extended its electrified model range through the launch of the first full hybrid version of its Vitara SUV, with prices starting from £25,499.

The new derivative will join the Japanese brand’s existing mild hybrid model in the line-up and features a 1.5-litre naturally aspirated petrol engine combined with a small electric motor to deliver a 115PS power output and CO2 emissions from 121g/km.

Suzuki’s range already features a range of mild hybrid models in its range, while a partnership with Toyota introduced the Corolla-based Swace hybrid estate car and Across plug-in hybrid SUV to its showrooms back in 2020.

The new Vitara Hybrid comes with a six-speed automated manual transmission as standard and can be specified with all-wheel-drive.

The Hybrid system has two switchable modes, which are Eco and Standard. 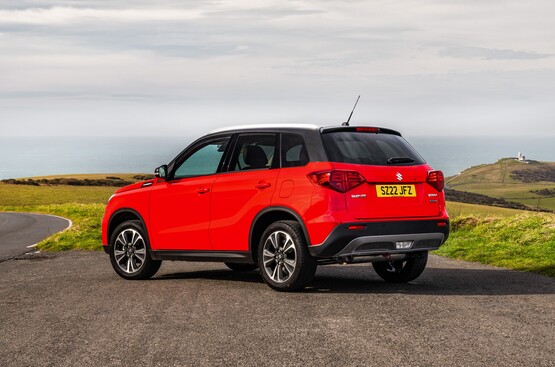 As a full hybrid, Vitara can run on its electric motor alone for short distances.

Two trim levels are being offered from launch – SZ-T and SZ5.

SZ5 (priced from £27,499) adds suede seat upholstery, a panoramic sunroof, front and rear parking sensors and the availability of ALLGRIP 4WD as an option.

Suzuki claimed that weight savings during initial development help the Vitara remain one of the lightest SUV’s in its class at 1,268Kg with an increase of 47Kg for the SZ5 ALLGRIP model.

Earlier this month AM reported that Suzuki GB’s director of automobile, Dale Wyatt, had addressed his franchised retailers plans to reshuffle sales campaigns to focus on available stock and confirmed future production in a bid to preserve profitability in “turbulent times”.

Wyatt’s update of his dealer network came less than four months after he told AM that a decision to import cars left incomplete due to the shortage of semiconductor microchips is set to give dealers access to 4,000 vehicles they would not otherwise have had.