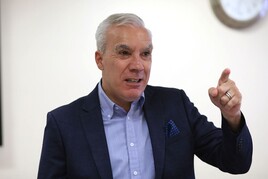 Suzuki GB boss Dale Wyatt has told the brand’s UK car retailers that his team have become “VUCA ninjas” in a webinar outlining the impact of supply constraints on the year ahead.

Suzuki’s head of automobile in the UK told AM that he had gathered business leaders from his network to reveal plans to reshuffle sales campaigns to focus on available stock and confirmed future production in a bid to preserve profitability in “turbulent times”.

“Our dealer webinar objective was to update the dealer network with regards to production changes,” Wyatt told AM.

“We currently have a significant order bank and we need to manage customer expectations with regards to the lead time for existing and future orders.

“We have changed our sales campaigns to focus on available stock and confirmed future production.

“We are living in turbulent times which makes forward planning very complex as there are a lot of moving pieces.

“Good news is that we have become VUCA (Volatile, Uncertain, Complex, Ambiguous) Ninjas and history shows that by sticking together and following our lead we can continue to be customer centric and profitable.”

Earlier this week AM reported Russia's war on Ukraine may compound existing supply issues to leave a car sales volume recovery "off the cards" in 2022.

Wyatt’s update of his dealer network came less than four months after he told AM that a decision to import cars left incomplete due to the shortage of semiconductor microchips is set to give dealers access to 4,000 vehicles they would not otherwise have had.

One Suzuki retailer told AM: “It seems Suzuki aren’t expecting the volume of supply they had been and have been forced to think on their feet.

“Right now it’s not too much of a problem, our order banks are full and the margin on cars is good. I applaud the brand for its transparency.”

Today’s Society of Motor Manufacturer and Traders (SMMT) registrations data for February revealed that it was 79.2% up, at 1,740, year-to-date. 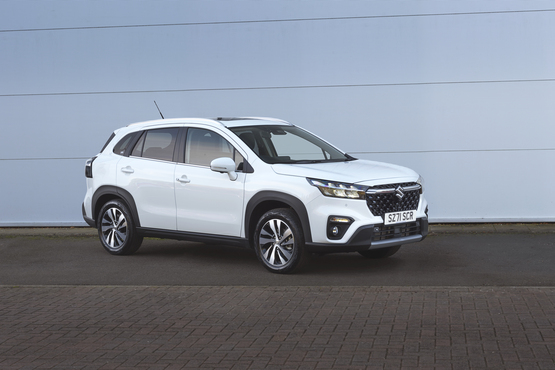 The brand is currently launching a new Suzuki Vitara Hybrid SUV and last year added a new version of its S-Cross crossover to its range.

In November last year Wyatt told AM that he was keen to remain transparent and supportive as he prizes a relationship with retailers which consistently sees the OEM score highly in the National Franchised Dealers Association’s (NFDA) bi-annual Dealer Attitude Surveys.

He also explained that he felt that some manufacturers’ move towards agency agreements suggested such relationships could be taken for granted and eroded.

“By building trust and agreeing mutually beneficial goals dealers and OEMs can prosper together,” he said.

“That’s what I believe in. That’s what we have to do and it’s why I deliver our plans to retailers face-to-face.”