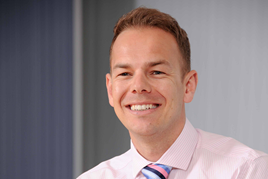 The head of UHY Hacker Young’s National Automotive Group has been recognised in the Accountancy Age 2016 ‘35 under 35’ list.

David Kendrick made the prestigious ‘35 under 35’ annual list – published this week – after a record breaking year.

Kendrick, a partner at UHY Hacker Young’s Manchester office and head of UHY’s National Automotive Group, made the list this year in a group which AA define as “some of the best and brightest accounting practice talent in the UK”.

Having started his professional career 13 years ago, in a boutique accountancy firm specialising in the automotive sector, Kendrick has personally delivered corporate finance fee income in excess of £1m over the last 12 months alone since joining UHY and was made equity partner at UHY Hacker Young in April 2016.

Already in 2016 he has been responsible for the completion of eight substantial corporate finance transactions in the automotive sector.