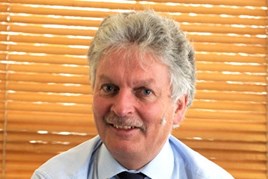 Mann, one of the founding members of the vehicle leasing division, has been part of the same business for 28 years and led a small team which launched the leasing and fleet management business with the backing of JCT600 in 1988.

Becoming managing director in 1996, he has steered the company, which predominantly serves SMEs, to its current fleet size of 7,000 vehicles and a 45-strong team.

Mann said: “While I’m sorry to be leaving, having been here since the start of the company, I feel that I’ve probably contributed as much as I can.

“My colleagues, both in the company and in the wider JCT600 group, have done a great job working with me to build a thriving stand-alone business.

“I am particularly pleased to be leaving the company in the safe hands of Paul Walters and the management team.”

With more than 26 years’ experience in the vehicle leasing industry, Paul Walters takes the helm having joined JCT600 VLS as sales director in December 2015.

That followed a successful career at GE Capital where he held a number of senior sales positions in both its UK and International divisions.

Walters said: “Andrew’s retirement marks the end of an era.  His passion, knowledge, commitment and expertise have been instrumental in the success of the company.

“There are undoubtedly challenging, but exciting times ahead. The imminent BIK changes, the rise of connected and autonomous vehicles, alternative powertrains, the petrol versus diesel debate, urban low emission zones or even vehicle restricted areas and, of course, the unknown impact of Brexit for good or ill, all add to a melting pot of change, the like of which has not been seen before.

“I believe the next few years will see huge transformations in our market place and it will be those companies that are agile enough to swiftly adapt to these new opportunities that will reap the benefits.

“JCT600 VLS is extremely well placed to do just that by being part of a successful dealership group, close to the manufacturers and the increasingly innovative technology they are introducing.

“In addition, being a family owned company, the decision process is fast and we can react swiftly to the quickening pace of change we all face.”