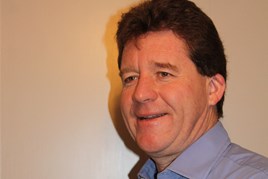 Tootle has appointed Roddy Graham and Geoffrey Page-Morris as non-executive directors as it ramps up its expansion plans following a 52% month-on-month growth.

A statement issued by the online car sales business said that Gordon Tulloch, who was appointed as the business’ new chief executive in July, has brought Graham and Page-Morris on board to “bring high level industry expertise to tootle’s expanding personnel”.

Tulloch said: “Having known and operated with Roddy and Geoffrey for over 10 years, I am more than delighted to have their expertise and industry knowledge on board where they will play a crucial role in our expansion strategy.”

Graham was previously the commercial director and co-owner of Leasedrive Group which was sold to HG Capital for over £100m in 2013.

He was also the chairman of Institute of Car Fleet Management for over 10 years, a non-profit organisation aimed at enhancing knowledge and professionalism within the fleet industry.

Prior to the Leasedrive BIMBO in 2003 Graham had set up and run Ignition Vehicle Management and before that he was managing director of Budget Rent a Car UK.

During this time, he was part of the senior management team that made a substantial contribution to the growth and success of Jaguar, Land Rover, Lexus, Honda and Volvo.

The appointment of Graham and Page-Morris will help Tulloch push forward towards tootle’s next funding round, following its £1.75m seed round last year.

The site claims to have facilitated the sale of almost £1.3 million worth of cars in August, and currently boasts an average growth rate of 52% month on month.