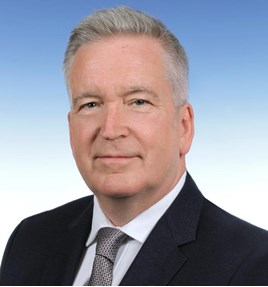 Hallmark’s move follows the retirement of Wolfgang Dürheimer and will be completed on February 1, 2018.

It is one of four senior leadership changes at Bentley which also see former Porsche GB managing director join the business as board member for sales and marketing, succeeding Dr Andreas Offermann.

Hallmark brings more than 18 years of automotive board level experience from the US, Europe and Asia with Porsche, Volkswagen, SAAB and Bentley Motors.

During his time at Bentley, he held the role of board member for sales, marketing and PR and played an integral role in the introduction of the sector-defining Continental GT in 2003.

“He brings a wealth of international automotive experience coupled with a deep understanding of the Bentley brand and I am confident he will lead this extraordinary British company to even greater success.”

Other key appointments at Bentley Motors will see Dr Werner Tietz become member of the board for engineering, joining from Porsche where he held the role of vice-president body and trim engineering.

In his seven years at Porsche, he played a leading role in the current Panamera and the 911 models.

Dr Astrid Fontaine, previously vice-president of human resources, culture and innovation at Porsche North America, will become member of the board for people, digitalisation and IT.

Fontaine has held a number of strategic management positions for Mercedes-Benz and has also served as a professor at leading universities in China and the USA, working in the field of strategy and digitalisation, following her Ph.D. in Information Systems.

She follows Marlies Rogait who has spent three years at Bentley.

Müller said: “I would like to take this opportunity to acknowledge the significant part that Rolf Frech, Dr Andreas Offermann and Marlies Rogait have played in the ongoing success of Bentley Motors and I wish them well for the future.

“With the introduction of the Bentayga, the all-new Continental GT and the next generation of Bentley products secured, the brand today is in a very strong position for the new leadership team to take Bentley Motors to new heights.”