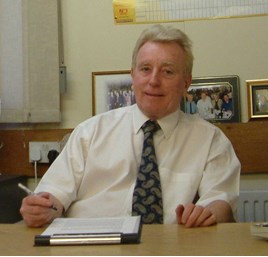 Automotive fleet, used car and leasing pioneer Bryan Phillimore has passed away at the age of 82, following a lengthy illness.

During a 20-year period leading up to the turn of the millennium the pair created a series of award-winning programmes in the industry, including Network Q and MasterFit for Vauxhall; RapidFit, BSI-ISO National Network Accreditation, Ford Contract Motoring for Ford and Iveco Truck Leasing and Fiat Contract Hire for Fiat UK.

Paying tribute to his long-time business partner, former APA chairman Tony Aplin, said: “Bryan was a one-off and whilst a low-key guy, was a top-class long term strategic thinker who was also as a brilliant refiner of new innovative ideas and early stage concepts. People like Bryan Phillimore are rare indeed.”

Born in east London, Phillimore was an ex-Royal Marine who saw active service in Suez.

He was a long-time Ford man, latterly in dealer training and trucks operations before linking up with Tony Aplin when he was head of fleet operations at VW-AUDI UK. Phillimore was a strong family man, who as a young Brass Band cornet player helped provide West Ham supporters with their centre circle half-time entertainment.

A tribute also described his reputation as “a mean poker player” and an “enthusiastic and optimistic golfer”.

Phillimore and Aplin's joint business venture, APA revolutionised the acceptance of vehicle leasing with fleets when they created Wheelease and Trucklease for Lombard, which made Lombard UK market leaders for 20 years.

APA worked in many motor sectors, including pioneering new operating and behavioural standards in the UK to address the poor image of the UK used car market sector.

Later APA bought Fleetlease Pty from the bank and went on to become the market leader in South Africa.

APA was subsequently bought by LeasePlan, the global market leader.