DriveTribe hires Tim Rodie to enhance engagement ahead of relaunch 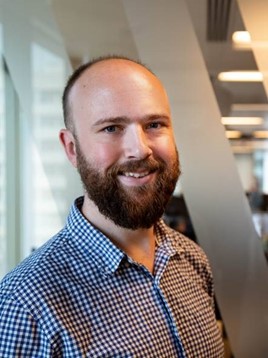 DriveTribe has hired Tim Rodie as head of content and community to improve content discovery and engagement ahead of its relaunch.

Rodie (pictured) joins from carwow, where he built a consumer editorial team and drove “substantial organic growth” while working to establish the business as a trusted automotive brand.

He has previously edited and managed websites for Volkswagen Group, under a Haymarket contract.

DriveTribe’s chief executive, Jonathan Morris, said: “Tim’s arrival gives us the opportunity to engage with our millions of users and budding content creators in an even more meaningful way, helping DriveTribe become the most engaged automotive platform in the world.

“As well as leading our in-house editorial team, he’ll direct our renewed focus on the top-level interest groups across the site, giving us the ability to better surface quality user content and cement DriveTribe as the go-to destination for anyone who wants to create, debate or just consume great automotive content.”

Rodie said: “DriveTribe has already garnered an incredible following, and I’m excited to take our in-house and user-generated content to another level.

"DriveTribe is uniquely placed to forge the next generation of motoring journalists, influencers and content, while generating huge levels of data-driven insight to inform the wider industry.”