IVendi’s chief operating officer, Richard Tavernor, said: “As a business, iVendi continues to grow at a significant rate and these new appointments are a reflection of that expansion.

“We are determined to ensure that we have in place the right people and the right infrastructure to deliver the best possible products, support, compliance and security as we expand.”

Meanwhile, Luke Cowell has been recruited as vice-president of operations and human resources following a six-month period during which he consulted for the company.

Phil Harding, previously marketing manager, moves into the new role of head of partnerships with the aim of developing new and existing relationships with other leader industry suppliers, while also retaining his marketing responsibilities.

Finally, Kieron Grenney-Tabret is a further internal recruit and has been promoted to senior project manager. He will be in charge of a team of project managers ensuring delivery of major new initiatives. 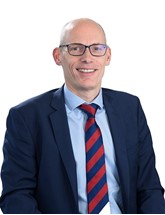