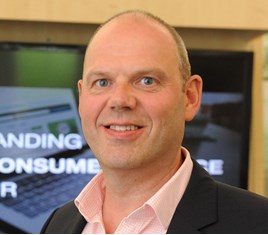 Software development workers at iVendi have completed their move to new Manchester facility which is three-times the size of their previous offices.

A recent recruitment drive, which has seen the Colwyn Bay-based online finance specialist’s team of developed grow from 25 to 45 since the start of 2018, made the move necessary.

iVendi’s new premises, in Clippers Quay, cover 6,400 square feet and has been designed to be as flexible and productive as possible, with meeting pods, couches, a large kitchen and canteen, and giant touchscreens.

James Tew, iVendi’s chief executive, said: “A year ago, we announced plans to massively increase our Manchester team as part of the company’s ongoing expansion and we now have a very sizeable, capable and flexible development capacity.

“These people need the right kind of environment in which to do their best work and the new offices provide just that. The space we have created is cutting edge in many important respects with the best technology and meeting options.”

Tew said that iVendi would “continue to grow at an impressive pace”, adding that the creation of its new software development facility in Manchester was expected to see the business through the next phase of its expansion.

He added: “We have several new deals and new products coming to market that we will be able to announce soon that will show the industry just how quickly online motor retailing is gaining further traction.”