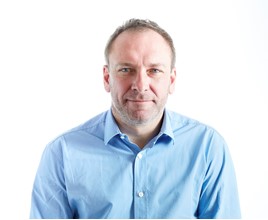 WhoCanFixMyCar.com, the online garage and car repair marketplace, has appointed Andrew Harrison, a former chief executive and chairman of Carphone Warehouse, as its new chairman.

Sir Trevor Chinn will step down as chairman but will retain his seat on the board.

Harrison’s role will be to assist the company in continuing to scale up its operations. He is also chairman of online estate-agent HouseSimple.

Harrison said: “Platform businesses represent fascinating opportunities with often only one or two players coming out on top in a given vertical.

“The team have done a wonderful job in building the foundations of a valuable business and I intend to throw my support and experience behind them in this next phase of growth.”

Harrison has also invested in the company and joins the existing shareholders.

WhoCanFixMyCar.com is an online marketplace connecting 12,500 garage and repair centres with drivers around the UK.

The company said its site has now processed over 1.5 million repair requests from UK drivers and receives over 60,000 new job requests every month.

Al Preston, co-founder of WhoCanFixMyCar.com, said: “Andrew has led and grown some of the UK’s best-known companies and understands the transition from traditional retail to platform-driven digital consumers.”

Harrison is also a founding partner at Freston Road Ventures, alongside Sir Charles Dunstone and Roger Taylor. Its investments include, Five Guys, Mod Pizza, and HouseSimple.