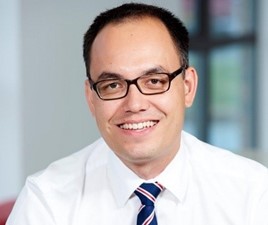 Kia Motors UK’s marketing director David Hilbert has been named as one of the most effective UK marketers in Marketing Week ‘Top 100’.

Hilbert featured in the Consumer Tech and Automotive category in the annual awards and was selected by some of the marketing industry's most illustrious names to win the accolade.

Hilbert has over 15 years in the automotive industry, Kia said that Hilbert had been an integral part of Kia in moving the brand forward with innovative campaigns and valuable partnerships.

As part of the ongoing all-new Kia XCeed launch, he headed a marketing campaign which a 60 second television take-over, an AutoTrader Kia XCeed hub and advertising across major tube station screens, as well as a National Experiential programme.

Ashling Kearns, Vice President for Salesforce (UK and Ireland) who sponsor this year’s Top 100, said: “A big congratulations to everyone who made it on to the list this year. This list is important because it champions those who are really making an impact on our industry, and it gives the next generation of marketers role models to learn from.”

Hilbert said: “It’s a fantastic feeling to have your hard work not only appreciated, but respected by key players in the industry.

“Alongside my brilliant marketing team at Kia, we have excelled in creating compelling campaigns which challenge customer perceptions of the brand. I look forward to continue exploring creative approaches with the support of Kia.”

Paul Philpott, Kia Motors UK’s president and chief executive, said: “David is an extraordinary marketing director, so it is great to see others recognising his talent.

“Here at Kia, we try to maintain an environment where employees can flourish and David’s achievement is a positive example for all of us to follow.”

The new XCeed is the latest in a long line of new model launches from Kia, with the C-Segment range also expanding with the introduction of the Proceed shooting brake earlier this year.